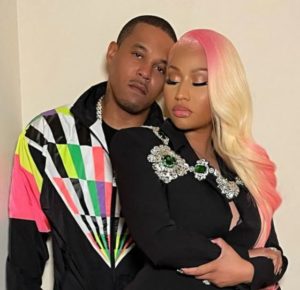 Scroll down this Jennifer Hough Wiki to learn more about her.

Then-16-year-old Ms. Jennifer Hough was on her way to school on 16 September 1994  when she ran into Mr. Kenneth Petty, a boy she knew from the neighborhood. According to the lawsuit, Kenneth held a knife at her back as he led her to a house around the corner, where Jennifer said he raped her.

On the same day, police arrested Kenneth. He faced charges with first-degree rape, and later pleaded guilty to attempted rape, said Kim Livingston, a spokeswoman with the Queens district attorney’s office. After the case opened, Nicki Minaj’s husband ended up in jail for four years. He was also ordered to register as a sex offender.

Authority later charged Kenneth for not registering for which he took a plea deal.

However, Jennifer Hough again filed the lawsuit on 13 August 2021. The lawsuit claimed what she had put behind and moved on with her life resurfaced again when Nicki Minaj and Mr. Petty began dating in late 2018.

Nicki Minaj allegedly tried to get in touch with Jennifer around March 2020 after Kenneth got arrested for not registering as a sex offender in California. Not only that, but the Anaconda hitmaker also tried convincing Jennifer to take back her accusations against Kenneth.

According to TMZ, Jennifer received an onslaught of harassing calls and an onslaught of solicited visits after the refusal. The lawsuit claimed Nicki harassed her directly and indirectly which affected her life and gave her emotional distress.

Kenneth Petty and his wife Nicki Minaj allegedly attempted to have Hough “recant” the rape charge.

The lawsuit accused Nicki Minaj and Kenneth Petty of witness intimidation, intentional infliction of emotional distress, negligent infliction of emotional distress, harassment, assault, battery, sexual assault, and sexual harassment. The suit also goes into detail about the involvement of Jennifer’s childhood friend “Black.” He acted as a liaison between Jennifer and Nicki, putting the two women in direct contact over the phone.

As several reports stated, Jennifer Hough hailed from hometown in Jamaica, Queens, New York. She spent most of her early childhood, teenage years, and a part of her adult years in New York. Jennifer, who everyone believes still has relatives in Queens, left for Atlanta for the safety of her family.

However, no further information surfaced on Jennifer’s identity and her family members. Her parents are completely off the radar. However, the lawsuit mentioned about her having a brother. In fact, Nicki reached out to her brother and offered a huge sum in in exchange for a statement recanting her rape allegations against her husband.

For the safety reasons, photos of Jennifer Hough and her family isn’t public yet. We have no idea about what she looks like what is her distinct features.

Along with Jennifer Hough’s identity, her social media reach also remain a mystery. On several platforms, we can discover profiles with her name. But, we don’t know for sure which of them belonged to herm, provided that her identity was a mystery. So, we don’t hold any information on her Instagram, Twitter, as well as Facebook.

After on-slaught of harassments and unsolicited visit, Jennifer Hough opted for the safety to her family. She, after moving from New York to Atlanta, moved for Florida in August 2020. This is why, she has failed to attend her job since May of 2020.

Jennifer had already moved on from her early life. One YouTube user also claimed that she was and would still have minded her own business had Nicki not called her a liar on Queen Radio and tried to clear up the situation.

As for the sum that Nicki offered, she initially tried bribing Jennifer with a $500K payment in exchange for a statement recanting her rape allegations against Kenneth Petty. Then she offered another $20k which came with an alleged threat to her safety.

Does Jennifer Hough Have A Spouse?

No information surfaced regarding Jennifer Hough’s spouse. However, the lawsuit mentioned her having kids. Reportedly, she has two girls and at least two sons. Along with her, the identity of her kids remains a mystery.

After the beginning of 2018 harassment, and Black, her childhood friend offered to put Jennifer in contact with Defendant Nicki Minaj. She feared the safety of her kids as she found out “Black” knew what her kids looked like, which caused her to panic.

The lawsuit also stated several instances of alleged intimidation in Atlanta. Jennifer accused Kenneth of approaching her daughter at an Atlanta event. Her lawyer stated that Jennifer feared for the life of her children. She worried if her kids would be harmed (killed or kidnapped) due to threats from Defendant Minaj and Defendant Petty.

Jennifer also addressed about declining the bribery. If she had taken the money what example would that set on her kids, her two daughters and her sons.