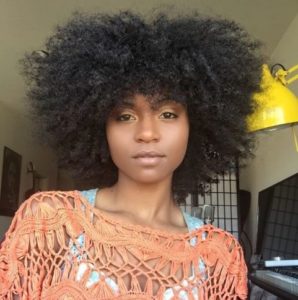 Syesha Mercado, the second-runner up of American Idol 2008, went viral on the internet after her 10-day-old baby was taken by Manatee County Sheriff’s Office. The video, which went viral, earned attention towards her and her family.

So, let’s learn more about Syesha Mercado’s details on her partner, kids, involvement of drugs, and net worth.

Syesha Mercado is the mother of two kids Amen’Ra and a 10-day-old daughter who were both taken away from her care. She raised her voice against the Manatee County Sheriff’s Office after they seized her baby. The harrowing moment was captured in a video that has 1.7 million views on her Instagram. The posted footage of the disturbing incident occurred near Whitfield Drive and Lockwood Ridge Road on Instagram Live.

Her daughter is the second child who Syesha claimed police “legally kidnapped” under unclear circumstances in the past five months (August 2021). Police took her first-born Amen’Ra into their custody to a hospital for a physical test. They assumed the 15-months-old son was malnourished. He was placed into the system after Mercado’s breast milk supply started to run dry, and the boy would not accept other fluids.

As reported, the authority took Amen’Ra to Johns Hopkins All Children’s Hospital in St. Petersburg on 26 February 2021 for help. Two weeks later, the St. Petersburg police removed Mercado and her partner Tyron Deener from the hospital for trespassing amid allegations of malnutrition.

The singer’s son was discharged in late March 2021 and transferred by child protective services investigators into foster care due. After that, he was placed in a white foster family during the pandemic. There was no access to updates and in-person visitation.

Based on the reports of the Manatee County Sheriff’s Office, medical staff reported that American Idol contestant and her partner Deener turned down a B-12 intramuscular shot, as recommended by the hospital.

But, the parents of the two vehemently denied the allegations.

Syesha Mercado is yet to marry for her to have a husband. But, she has been fighting this fight to regain her children back alongside her baby father/partner Tyron Deener. In the video her prospective husband, Tyron attempted to explain to deputies that they were “compliant and following every law,” and their daughter had already been seen by physicians just a day prior.

To share about her partner, Tyron Deener founded Bully Affiliated Inc. He also worked as a photographer and provided video production services. The length of their relationship remains obscure.

Tyron also worked as an educator and youth service professional working in the Foster system.

Is Syesha Mercado On Drugs?

No, Syesha Mercado isn’t on drugs. In fact, no such claims have been publicly made related to the issues about her two kids. But, people on the internet assumed that drugs must play even a small part in all of this whole thing.

But, there is no evidence about Syesha abusing drugs, so all the assumptions are falsified because of the lack of concrete evidence. However, in several interviews, Syesha addressed her father’s drug and alcohol abusing habits, but more on that later.

Syesha Mercado should have a net worth above $100 thousand.

Music was with Syesha Mercado ever since she was born. Her mother is a singer, she fell in love with her from a very young age. According to one of her interviews, she started singing at the age of 2. She participated in several school events and school plays.

Syesha was a celebrity in her hometown, but she needed to introduce her voice to the world so she competed in American Idol in 2008. At the time she was in school, so she left it to audition for the singing competition show. Syesha became the finalist alongside David Cook (winner) and David Archuleta.

On 9 May 2008, Syesha received a key to the city of Sarasota during her American Idol hometown tour. They celebrated the day as Syesha Mercado Day.

Later on, Syesha started pursuing her career in theatre performing a musical like Dreamgirls. The show launched at Harlem’s legendary Apollo Theater. She also toured with a theater company “The Book of Mormon.”

Does She Have A Go Fund Me?

On 25 July 2021, Syesha Mercado and her partner Tryon Deener launched a Go Fund Me titled “The Legalized Kidnapping of Black Babies Through CPS.” They set a target of $200,000 to cover legal bills and received $292,020 (as of this writing).

They received donations from 7.7k donors with a top donation of $4,444.

Syesha Mercado was born to her Bahamian mother Zelda and Puerto Rican father Jose in Sarasota, Florida, United States. Zelda was a former Motown backup singer who inspired Syesha to start singing in the first place.

Syesha inherited her love of the Gospel and soul from her mother, Zelda. Her mother’s performance and how she moved people with her singing impressed her as a singer.

Jose, Syesha’s father, struggled with drugs and alcohol. Her father’s struggle with drugs, she took it as an inspiration that made her strong, humble, and sincere as a person. She committed herself that, she wouldn’t let her father’s addiction determine her future.

Instead believed in helping out her father and encourage him and be there for him. Syesha motivated her father to stay sober and clean.

One Reply to “Syesha Mercado Husband, Kids, Drugs, Net Worth”