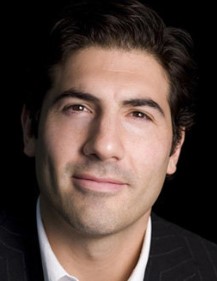 Tom Bernthal is an NBC News producer, marketing expert, and the CEO of Kelton Global — a marketing and strategy consulting firm.

Tom became a worldwide sensation in 2020 when he became engaged to the Facebook COO, Sheryl Sandberg.

Read Tom Bernthal’s bio below, including the information regarding his new engagement, his past dating life, his ex-wife, and his net worth.

Tom Bernthal was born in a Jewish family in Washington D.C. His parents were Joan Lurie and Eric Lawrence Bernthal, a former lawyer.

Tom grew up in Cabin John, Maryland, and attended Sidwell Friends School there. He later got his bachelor’s degree from the University of Wisconsin-Madison.

After graduation, Tom started his career with a job in the White House‘s Communication Office. After a short stint there, Tom started to work as a news and TV shows producer.

Tom worked for six years at NBC and producing NBC News, segments of Today Show, Dateline, MSNBC, and others while he was there. He also won three Emmy awards as a producer for NBC.

Tom left NBC in 2002 and found his marketing and consultancy agency, Kelton Global.

All his income and earnings pool together, Tom Bernthal reportedly flexed $10 million-plus net worth. Blessed with good genes, he stood around six feet in height.

Before the big news of his engagement with Sheryl Sandberg, there was almost no information regarding the personal life of Tom Bernthal.

One thing that was known was that Tom was the father of three children, he shared with his now ex-wife — whose name and face eluded records online.

Considering that Tom and his former wife decided to have three children is very telling of their once-blossoming married life.

Nevertheless, Tom’s married life with his mysterious wife resulted in a divorce. Court papers from their separation weren’t made public. Thus, the reason behind the split remained a public affair.

Moving on from the past, the romantic life of Tom Bernthal reached its climax in February 2020 when the news broke out that he was engaged to Facebook Chief Operating Officer (COO) Sheryl Sandberg. 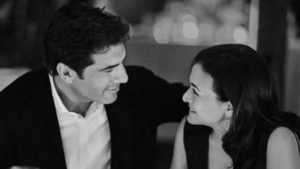 Tom Bernthal and Sheryl Sandberg got engaged on 3 Feb 2020

Tom and Sheryl first met and started dating sometime during 2019. Later in the year, in July 2019, the couple made their first public appearance at a Garth Brooks concert.

Tom and Sheryl were so into each other, so passionate, that they got engaged to be married after dating for just under a year.

Reportedly Tom popped the big question on the day that saw the pair recreate their first date. People described the engagement ring as,

“five tiny hidden diamonds underneath the setting to represent each of their five children.”

Long before they got engaged, Sheryl had hinted how and when the engagement would happen. In her own words,

Previously, Sheryl was married to the “SurveyMonkey” CEO Dave Goldberg —who succumbed to health-related issues in 2015. From their marriage, they had two children.

Tom and Sheryl were reportedly introduced to each other by her brother-in-law Rob Goldberg. They reportedly bonded over their lives as parents.

For their first date, Tom and Sheryl went hiking and enjoyed a picnic. Despite the long-distance nature of their romance, the lovebirds made it work.

A Country music fanatic, Tom took Sheryl to multiple concert dates. In April 2019, the duo took a trip to Israel.

Before Tom, Sheryl was in a three-year-long romance with “Blizzard” CEO Bobby Kotick. The duo parted ways in May 2019.