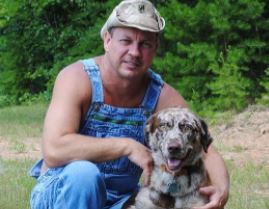 Tim Smith is a licensed liquor maker starring in the hit Discovery Channel show “Moonshiners”. He joined the franchise around 2011 and never looked back.

This Tim Smith wiki highlights facts about the reality star such as his net worth, wife, and age. Likewise, it attempts to share his son, height, and house.

In late-2020, Tim Smith turned 54 years of age. Meanwhile, 22nd December marks his birthday. Based on his date of birth, he was born a Capricorn.

On Tim’s 54th birthday, @timsmithspirits tweeted— “Happy Birthday to The Legend! Celebrate Tim with a shot of your favorite Climax Moonshine with a b-day shout out below.”

Tim Smith is a third-generation moonshiner. He learned everything there is to learn about making moonshine from his father. His father, meanwhile, learned the ropes from Tim’s grandfather.

When he was 5, Tim watched the police raid his father’s illegal moonshine operation. A lifelong outlaw, he then devised plans to outwit the authorities.

Here’s a photo of Tim with his father at the Moonshiner’s Jamboree.

As of 2021, Tim resided in Climax, Virginia. Perhaps, it was his hometown. If you didn’t know, many consider Franklin County, Virginia as the Moonshine capital of the world.

Although not verified by Tim himself, his nickname could be either Timbo or Timmy. Meanwhile, Timothy should be his real first name.

Popular Moonshiner Tim Smith stands 5 feet 8 inches in height. Whereas, his weight should be above 87 kilograms.

Tim mostly sports overalls without a shirt underneath. Chances are he won’t be spotted without a cowboy hat.

Thanks to his exposure because of “Moonshiners,” Tim accumulated a respectable following on social media.

Neither Tim’s father nor his grandfather took the legal approach to moonshine making. He didn’t want his son, JT to end up on the wrong side of the law.

Over time, Tim and JT worked their butt off and took their moonshine business legal. They named their brand after their beloved hometown, Climax, Virgina.

Making full use of the family’s 100-year-old recipe, Tim expanded his business. After opening a distillery in Kentucky, he started selling his moonshine to states like Georgia, South Carolina, Tennessee, and West Virginia.

Climax Moonshine, Tim’s flagship liquor, is distilled from corn, rye, and barley malt. The company’s website describes it as a clean and natural tasting with a subtle sweetness and bold defiance. The brand also offers comes in various forms including Climax Whiskey and Climax Fire No. 32.

Tim later introduced his original southern-style whiskey flavors. Opening up about Tim Smith Southern Whiskey Reserve, he once said— “The idea came from my double rye recipe, I have been perfecting, and my partners at Two Trees Distilling decided to share our styles with the world”.

Per Huffington Post, Tim’s Original Climax Moonshine is “the best moonshine being made anywhere”. Working alongside his “Moonshiners” co-star Tickle, Tim had started Climax Spirits.

Moonshiners appearing on the Discovery Channel show reportedly earned around $30 thousand per episode. Because of his experience and popularity, Tim Smith pocketed more than $30K/Episode. Also, his net worth hovered around $1 million.

Tim is blissfully married to his wife, Shelby Smith. Having tied the knot in 1986, the couple reportedly celebrated their 35th wedding anniversary in 2021.

Together, Tim and his wife had a son named JT. Like Tim, JT is a moonshiner and has dreams of taking over the family business one day.

Very little info about Shelby, Tim’s wife seems to be available online. Nevertheless, she occasionally pops up on the beloved distiller’s Instagram.

You May Like: Yolanda Gampp Wiki: Husband, Son, Net Worth, Parents