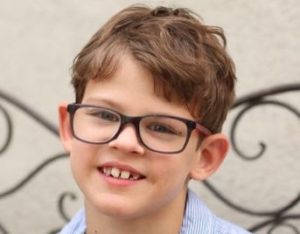 The popular show 9-1-1 season 4 took a brief hiatus after May 2021 and was scheduled to return on April 19 later that year. So, what better time than now to learn about its stars; especially the cute ones! And yes! by cute one, we mean the child actor Gavin McHugh, who portrays Eddie Diaz’s son, Christopher.

Stay with this wiki to learn all about this little angel.

Corresponding to his birthday, Gavin is of the Taurus.

Gavin McHugh, born in Riga, Latvia, was adopted by parents, Michael and Lisa McHugh at the age of two-and-a-half. Being welcomed to a new family, Gavin was then introduced to his older siblings Flynn, Logan, Shea, and Lia.

But a new family wasn’t the only thing he got introduced to. It seems that the family had a passion for acting. In 2015, they moved from Atlanta to Los Angeles to pursue opportunities in the acting industry for Gavin’s older siblings. Thus, Gavin’s interest in acting was born. Reportedly, he was just starting kindergarten then and used to tag along with his brother and sister to their auditions.

Soon after, Gavin asked his parents for his own audition, and to everyone’s surprise, opportunities flooded in. Moreover, some of his works also required his family to be in the video, which certainly helped a lot for his sibling’s promotion.

Does Gavin McHugh have Cerebral Palsy?

Yes, like his character “Christopher” in 9-1-1, Gavin McHugh has life-long Cerebral Palsy in real life. Reportedly, actors without disabilities play above 95 percent of characters with disabilities on TV, and 9-1-1 bucked that trend casting Gavin and ensuring his full inclusion.

According to ccd.gov, “Cerebral Palsy is a group of disorders that affect a person’s ability to move and maintain balance and posture.”

Gavin McHugh’s hometown is Latvia, a country in Europe. He moved to the US after adoption.

Talking about his childhood, Gavin has had a life-long struggle with Cerebral Palsy. But he didn’t let his gift stop him from living a normal life. He received education from a normal school, like any other kid. Moreover, his classmate loved him!

As for his hobbies, Gavin loved reading. His parents revealed that Gavin has an exceptional memory, and remembered almost everything.

“I’m an actor with cerebral palsy. I swim, surf, grocery shop, and love the beach. I’m Christopher on Fox’s 9-1-1 (monitored by mom)”

His distinct features include – cute bunny teeth and brownish hair.

Making his first appearance on TV through 9-1-1 Season 2, Episode 7.1, Gavin became one of the show’s favorites within a short time. In an interview, Gavin shared that he loved playing his character “Christopher”, and also loved his on-screen dad (Ryan Guzman), who often “helped” him by giving “piggyback rides.”

Furthermore, Gavin even expressed his love to Ryan over IG on Father day 2019. He uploaded a college picture of dad and Ryan, captioned

“Happy Father’s Day everyone! I’m so lucky to have two awesome dads!”

Apart from 9-1-1, Gavin had yet to take any other major roles as of  2021. However, there was no paucity of commercials for him. He has appeared in advertisements for Adventist Health, Lincoln Financial, Honda, Target, Walmart, Tommy Hilfiger, and many more. Also, he made it to the covers of FamilyFun Magazine, Los Angeles Magazine, and PR.

The last we saw him, Gavin was working on a Red Robin TV commercial, “All the Fulls”. Its tagline was “Red Robin, Yummmmm!”

Before 2021, Gavin was represented by Leslie Allan-Rice Management.