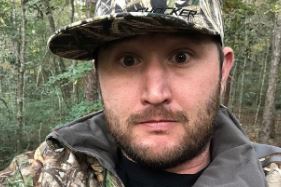 If you ask about Kye Kelley in America’s street racing world, one would certainly tell you that he is one of the scene’s fiercest competitors and “the man to beat”. Racing for years, and being featured on Street Outlaws, Kye has gathered an impressive list of accolades, and respect like nonothers.

But within 2021, he was rumored to have contracted an illness and also said to have taken a new wife. So, what was going on? Were those rumors true? Stick with this wiki to learn all about it.

Kye Kelley grew up in his hometown Magnolia, Mississippi, watching his dad Larry Jeffers work on cars. His father was the owner of Larry Jeffers Race Cars, who also worked at Jeffers Motorsports Park, Extreme Race Oil, and  Bullet Racing Engines. As for his mother Tammy J Kelley, she is a Southwest Mississippi Community College cosmetology graduated. Unfortunately, Kye’s parents divorced a long time ago.

Talking more about his family, Kye tagged Lacey Elise Howell as his sister and Bobby Ducote (Street Outlaws’ co-star) as his brother (over Facebook).

In light of his education, Kye went to South Pike Senior High School and is also a college graduate. He started his career, right after college, working in the oil fields.

Given their perilous career, it is not a new thing for racers to have death or illness rumors. And this time, the gossip floated around about Kye Kelley who might have contracted a serious illness.

So, we dug around a little. But didn’t find any online medical reports or any information about his illness discussed over the internet. If the rumors were true, we don’t see any need for Kye or team Street Outlaws to hide it. The last we saw him, he looked perfectly healthy to us.

Talking about him quitting the Street Outlaws, it was short-lived. He couldn’t give up his passion for racing that he maintained since he was 15. It was 2018 when he quit the show, but he quickly rejoined and was still a member of the cast as of 2021.

Kye Kelley stands tall at a height above 5 feet 10 inches (177 cm) and weighs under 84 kg (185 lbs). Mentioning his distinct features, Kye always wore a cap, has over face and brown eyes.

It was the year 2000 when Kye first decided that he wanted a career in racing, and started to save up to buy himself a car. He shared that he used “any resource available to support and built his passion — racing.” Fast forward to 2021, Kye now is a 2X Street Outlaws cash days champion, won numerous events, and known to own the “fastest streetcar in the world (The Shocker).”

Also, he was the owner of Kye Kelley Racing, which also sole several mechs — hats, tees, hooie (anywhere from $10 to $35).

Before it all started, Kye had a job as a superintendent at Turner Industries.

Talking about his motivation, Kye shared,

“My biggest fear is being average. I don’t want to be like somebody else, I want to be better!”

Kye Kelley first met Alisa Mote at the same time he got his first car. After years of dating, they got engaged on May 21, 2014, and held their wedding over a year later in August 2015. Unfortunately, they didn’t last long and divorced only two years later.

Together, they share a daughter named Kenadeigh Alexa Kelley who was born on March 25, 2016. If you didn’t know, Kenadeigh is his second kid. He also has another daughter from his previous relationship.

Now, coming to the gossips about Kye Kelley’s new wife, Lizzy Musi is the name you are looking for. However, as of early 2021, the duo had yet to marry and shared the title of boyfriend-girlfriend. 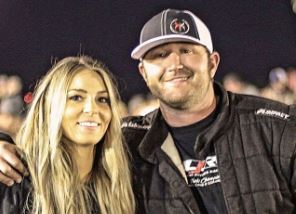 Kye and Lizzy started dating in October 2017, after meeting at a PDRA exhibition race. According to Lizzy, it was her dad who introduced Kye to her. She said,

“To be honest with you, I had never heard of him; I had never watched (Street Outlaws). My dad introduced me to him, and we just became friends. He was pretty down-to-earth, seemed pretty cool, and it just started from there.”

Little info about Lizzy Musi: She was the driver of Frank Brandao’s King Kong 7 Dodge Dart Pro Mod. In 2021, she was working at Pat Musi Racing Engines.