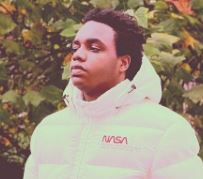 In early January 2020, Tupelo police arrested hip hop duo Rae Sremmurd’s half-brother Michael Sullivan. As reported he fatally shot their father. While the real reason behind taking the life of his father remains unclear, his mother gave a little overview of their relationship.

So scroll down to learn more about Michal Sullivan along with other information related to him.

Michael Sullivan, the half-brother of Rae Sremmurd, faced first-degree murder charges for shooting his father Floyd Sullivan in January. He shot and killed his father in Tupelo, Mississippi on 4 January 2020.

The Tupelo Police Department revealed to People that Jamil Ali Sullivan AKA Michael Sullivan was declared as the person of interest after the shooting. He was kept on hold in the psychological care facility and was captured after being released from the family for the murder of his father.

Three days after the shooting, he was booked at Lee County Mississippi Detention Center. Along with the first-degree murder charge, the bond amount was set at $100,000. As reported by TMZ, he could actually face life in prison if convicted.

Why Did Michael Sullivan Kill His Father?

The precise reason behind Michael taking the life of his father remains unclear. Also, what went down between the two before Michael was triggered to even shoot his own father. But as Michael’s mom shared, Michael and his father had a complex relationship.

Each of them was living their own lives and the differences between the two were never reconciled. Michael lived with both of his parents and also spent time with his half-brothers.

His mom also shared that Michael didn’t need rhyme or reason to do anything and speculation why Michael Sullivan killed his father was a waste of time. Since he was off the medicine, even a simple thing might’ve set him off even to the to that he killed his own father.

Talking about the mother of Rae Sremmurd and their half-brother, she is Bernadette Walker. She revealed that her son suffered from schizoaffective disorder. Plus, she also revealed Michael as well would’ve taken her life. Plus, Michael even threatened Bernadette multiple times before the real tragedy occurred.

Bernadette learned about the murder of her ex-husband from Floyd’s relatives.

More about Bernadette Walker: She was in the army before she switched lanes and got into the real estate business. Other than Michael, she also had another son named Floyd Sullivan Jr. from her relationship with her ex-husband Floyd Sullivan, a drug dealer.

Like Bernadette, Floyd Jr. also served in the military.

Michael Sullivan was 18 years old at the time of his arrest which meant he was 19 years old as of March 2021. Based on his Instagram profile, Michael celebrates his birthday every year on 20 November.

Based on that information, Michael owned Scorpio as his zodiac sign.

His Relationship With Rae Sremmurd

Along with his elder brother Floyd Sullivan Jr., Michael Sullivan was very close to his half-brothers Swae Lee and Slim Jxmmi, a hip-hop duo Rae Sremmurd. All four brothers were very close to each other since a very young age.

After Rae Sremmurd’s estranged father left the family, and Bernadette split with Floyd Sullivan, all four boys grew up under the care of their single mother. Being the youngest in the family, all three elder brothers took care of him.

Furthermore, Michael accompanied his half-brothers Rae Sremmurd on their tour and lived the life of a celebrity. Following the footsteps of his elder brothers, he also attempted to establish a career in music.

Michael went by the name Oak Harbor. He released two of his songs on an eponymous YouTube channel titled Final Insult and Red Yellow Green. He also released altogether 9 songs on his SoundCloud profile.

Through Rae Sremmurd, Michael also had a sound relationship with producer MikeWillMadeIt.

The only social media platform Michael seems to be on was Instagram. The platform earned him 2683 followers as of March 2021. He goes by the name @oakharbor_love on his IG and only posted 58 times in total.

The platforms contain a few old memories with his brother and some new experiences the fame of his half-brothers brought in. He also used the platform to share his music.

Other than that, Michael stopped sharing on the platform in December of 2019, just a few days before his arrest and death of his father.