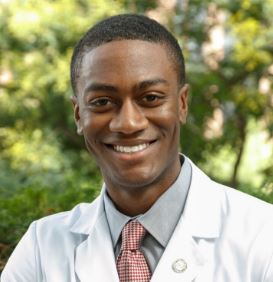 TikTok Doc Jason Campbell is quite popular on the platform for his viral dances. He used the app to spread love and positivity and to empower the black community and advocated diversity in medicine.

Learn all about him with this TikTok Doc Jason Campbell Wiki.

TikTok Doc Jason Campbell had everything going well until a lawsuit was filed against him in the federal court of Portland. As reported by Oregon Live, he sent pornographic photographs of himself through social media and sexually charged text messages to a woman social worker.

The lawsuit revealed that on 12 March 2020, he crept behind the woman at the medical center and pressed against her to let her feel his erection. The woman complained in early April about the sexual harassment of the Oregon Health & Science University.

As of March 2021, he is facing a multi-million dollar lawsuit along with the Oregon Health & Science University.

TikTok Doc Jason Campbell celebrates his birthday every year on 16 January. He turned 32 years old in 2020. Moreover, he secured Capricorn as his zodiac sign.

TikTok Doc Jason Lionel Campbell was born to his father Thomas Campbell and his mother Lucile Adams Campbell in the hometown of Washington DC, the United States. His father was the first in his family to go to college and is now a lawyer by trade. Whereas his mother was the first African American female Ph.D. epidemiologist in the states.

His parents created a happy environment and raised the children in a loving environment. Moreover, he remembered his parents were always there for him and his sibling.

Talking about a sibling, Jason has a younger sister whose information is yet to surface in the public domain. But, like him, his sister inherited a pleasant personality from their parents.

Moving on, Jason Campbell attended Georgetown Day School. Following graduation, he attended Emory University in 2007. He graduated from the same with a bachelor’s degree in anthropology. While in college, he was the member of Omega PSI Phi Fraternity Inc., Emory Intramurals, a brotherhood of Afro-Centric Men Community Service Organization, Emory Athletics, and the captain of Emory Men’s Track and Field team.

Later, Jason joined Georgetown University to pursue his master’s degree. He graduated from the same in 2013 with a degree in Physiology. Moreover, he attended The Ohio State University College of Medicine to secure the Doctor of Medicine (M.D).

The Washington-based doctor completed his M.D. in 2018. He was doing a second-year resident in the department of anesthesiology and perioperative medicine at the Oregan Health and Science University.

TikTok Doc Jason Campbell stands tall at a height of 5 feet 11 inches (1.80 meters). Whereas, he weighed about 84 kilograms (185 lbs) which is proportionate to his height.

Moreover, Jason is a handsome man with a big smile on his face. Owing to his athletic attributes, he appears to be in great shape.

Coming about his social media reach, he was in all three of the above-mentioned social media platforms. Among the three, he is most popular on Instagram with 116k followers as of March of 2021. But he kept the platform private to safely keep the information to himself.

Moreover, he is also on Facebook but is rarely active and posted very little on the platform. He also had a Twitter profile but deleted the account after a sexual harassment lawsuit.

After earning his bachelor’s degree from Emory University, TikTok Doc Jason Campbell joined City Year as the corps member in August of 2011. He played a key role in mentoring, tutoring, and working with students from DC public high school.

From June of 2012, Jason started with the Maryland-based National Human Genome Research Institute as their summer research intern. While there, he worked under the guidance of Mr. Vence Bonhom as they explored sickle cell trait and the clinical complications associated with sickle cell trait.

Later, in June of 2012, he joined the National Institutes of Health as a research intern. After three months of internship, Jason waited until 2013 before he pursued a career as a part-time educator at lululemon Athletica.

In 2018, he became the volunteer assistant coach, the middle distance at the OSU track & field team. What’s more, Jason himself kept a few records during his time as a track & field athlete in college.

Jason ran 800 meters and the 4 by 400 meters relay where he secured All-American accolades.

Moving on, Jason, while doing a residency, met great co-residents CRNA colleagues. And this led to making great friends and having wonderful conversations while getting to learn from the staff anesthesiologists.

And this led to him making TikTok dances. He used the dances to connect with the youth, focusing more on the community of African-American youth. The COVID-19 pandemic led to connect even better as everyone was on TikTok at the time.

The platform earned him a total of 264.8k followers on the platform as of March 2021. Whereas, he earned 2 million likes for his videos. He has been featured in Good Morning America along with other national news shows.

While he openly shared about being in the position in the past that he had nothing to give, TikTok Doc Jason Campbell will probably make an attractive salary of around $300 thousand per year. This will surely contribute to his burgeoning uncalculated net worth.

In his interview with Biz Journals published in January 2021, TikTok Doc Jason Campbell mentioned having a girlfriend. He told Elizabeth Hayes that his girlfriend doesn’t think that he is a celebrity. This suggested that Jason is certainly involved romantically with someone. But, he opted not to share more about his lover. Besides, he never shared anything about thinking about getting married any time soon. So, there was no question of him having a wife and planning about kids as of March 2021.

More From Us: Emmanuel Acho Wife, Girlfriend, Net Worth, Siblings