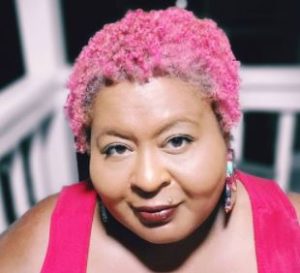 Erica Watson passed away in late-February 2021. Fans remember the comedian for her role on “Precious” and her appearance on “Windy City Live”.

This Erica Watson wiki attempts to reveal facts about the late comic’s husband, kids, and net worth. Furthermore, it delves into her parents, siblings, and cause of death.

Erica Watson Cause Of Death

On 27th February 2021, Erica Watson took her last breath in Montego Bay, Jamaica. COVID-19 was her cause of death.

Hours before her death, Erica reportedly took to Facebook and provided the fans with a health update. The post read— “I need full prayers. My oxygen is at 75%. They will give me a full tubal coma if my oxygen is not at 95% in 2 hours. I do not want this. I am scared. Prayers are needed now!!!!!!”

Shortly after the news broke, tributes began pouring out to Erica.

Cook County State’s Attorney, Kim Foxx tweeted— “I’m sorry to hear about the passing of Erica Watson. Erica was a talented, bright light. With every conversation, she made you feel as if you had been friends for years, even if you had only met virtually. I send my prayers to her friends and family.”

Meanwhile, Exavier Pope wrote— “We love you Erica Watson (@Miss_Poundcakes) A beautiful, bold, hilariously real, giving, and loving soul who sought to lift everyone around her. A true queen! RIP COVID is taking out young people!”

When Erica Watson passed away, she was 48 years of age. The comedian died a day after her 48th birthday.

On 26th February 2021, Erica Watson was born to her parents in Chicago, Illinois with the middle name Faye. To be more, precise, she was a native of the Hyde Park neighborhood.

Erica hailed from a close-knit family. Also, the comedian seemed proud of her brother, nephew, father, and grandfather as evidenced by this Father’s Day IG post.

It was Erica’s brother who shared the news of her untimely death via Facebook. At the time, he asked everyone to keep the grieving Watson family in their prayers.

Erica Watson was all about embracing themselves regardless of their size. However, the incidents with Southwest Airlines as well as a Delta Airlines inspired her to lose weight.

For Erica, it wasn’t about weight loss as much as it was about health gains. By 2014, she had lost 51 pounds but wished to lose 50 more. By eating healthy, Erica was able to lose weight. Additionally, she incorporated exercise in her plan.

By 2021, Erica Watson had reportedly saved under $500 thousand in net worth.

As a stand-up comic, Erica successfully tackled issues of size acceptance, racial & gender stereotypes, and other timely issues in a hilarious way that educates as well as entertains.

Perhaps, moviegoers will best remember Erica for her portrayal of Sheila in the Oscar-winning film “Precious”. “Empire,” “The Chi,” “Chi-Raq,” “Chicago Fire,” and “Love That Girl!” were some of his notable acting credits.

Of all her TV appearances, Erica amassed the most fan following with “Windy City Live”. On the show, she forged “Pippen and Jordan”-like chemistry with host, Val. Thanks to her quick wit, larger-than-life personality, and fearlessness, Erica turned into a fan favorite.

Until her untimely death, Erica Watson successfully hid her love life from the fans. Thus, fans couldn’t figure out if she was survived by a husband or a boyfriend.

In April 2011, Erica tweeted— “People always ask me why I’ve never had a boyfriend. The answer is simple: I don’t tolerate bullshit.”

Although Erica didn’t have kids of her own, she enjoyed looking after her niece and nephew. In many ways, she embraced her duties as a loving aunty to the fullest.

Opening about her romantic endavours in 2016, Erica shared she had an active dating life in New York. The comedian also admitted that she faced a hard time navigating the dating scene in Chicago.