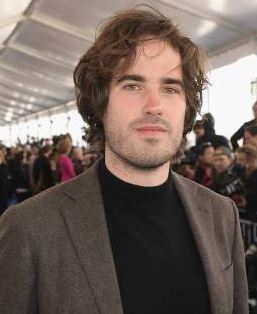 The American drama film, Nomadland won the 2021 Golden Globe awards for best picture drama, and its director Chloe Zhao made history as the first woman to ever win the top prize in the Globes ceremonies. But did you know that her partner Joshua James Richards was equally to be credited in the making of Nomadland? He worked as director of photography for the award-winning movie.

Here is everything you need to know about Chloe Zhao’s husband over this Joshua James Richards wiki!

Joshua James Richards was in his late 30s as of 2021. Unfortunately, his birthday and zodiac weren’t shared.

Just in case you are curious, Chloé was born on March 31, 1982, in Beijing, China, and is of the Aries zodiac.

Joshua James Richards is the son of a former traveling preacher. While he was a kid, his family had to move around through various towns across the UK (which could be his hometown). Because of this, he was “always the new kid at school.” But he never let this factor affect his education.

Moreover, Joshua found a way to overcome his situation. He diverged his time into drawing and what’s more was, he realized he was good at it. Thus, his passion for arts developed from there.

Following his dreams, he later enrolled in NYU’s Tisch School of the Arts to study directing. Before that, he achieved his bachelor’s degree from Bournemouth University Film and Television School for Film and Creative Writing.

As for his nationality, Joshua could be British. But he was always fascinated with the Native American culture. He recalled that his father would wake him up at midnight to watch movies like The Searchers, which also got him curious about the American landscape.

Before Feb 2021, Joshua James Richards had no social media presence.

Mentioning his distinct features, Joshua has a longer face, brownish hair, and a comparatively smaller nose.

Joshua James Richards is a cinematographer, who also worked in the camera and electrical department. He was most popular for working as “director of photography” for Nomadland (2020). Reportedly, he filmed the movie digitally and argued that it “enabled low-budget filmmakers like Chloe to get their movies made”. Also, he slammed Quentin Tarantino who previously quoted the Digital projection as “the death of cinema.”

Apart from Nomadland (2020), Joshua has worked on movies like The Rider (2017), and Songs My Brothers Taught Me (2015) together with his partner/director Chloe Zhao.

Though early on Joshua considered pursuing a career as a painter, he turned to the “freshness” of cinema tapping into the unexplored.

In 2021, he was working as a camera operator for Marvel Studios’ “The Eternals” production. It was being directed by Chloe Zhao as well.

For his work in The Rider (2017), and Songs My Brothers Taught Me (2015), Joshua was nominated two times in the Film Independent Spirit Award category and won Best Debut Cinematography at the Camerimage Festival.

You may like – Shalom BLAC Wiki: Story, Husband, Age, Net Worth

Joshua James Richards and Chloe Zhao first met at NYU in 2012, where both were studying filmmaking. Reportedly, on their first meeting, Chloe asked Joshua to tell her everything about his growing up in Cornwall, England. Soon, the two started to collaborate in productions and dating was inevitable.

As of 2021, Joshua James Richards had yet to be Chloe’s husband. In an interview, Chloe conflicted with the interviewer as to whether to refer Joshua as her “boyfriend, partner, or a life partner” — to which she later decided on “partner.” She added,

“One less false hope for my parents to think they’ll get their grandkids soon.”

It seems like the couple had no plan for kids anytime soon. Also, their wedding or even engagement seemed to be in a distance.