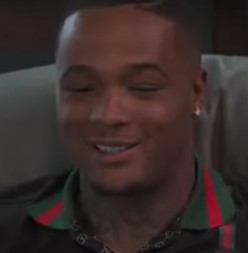 We TV’s reality TV show Lock after Lockup, since its beginning on January 12, 2018, has been bringing some of the most bizarre love-stories between felons and their significant others to light.

The story of love and friendship between Maurice Gipson, an ex-con who spent 7 years behind bars for committing burglary, and his wife Jessica Gipson was one of the interesting love stories that aired in the third season of Love After Lockup and many predicted will likely follow up in the fourth season of WeTV show too.

More about the recently released felon in the article below. Find out about his age, net worth, and job over this Maurice Gipson wiki!

Maurice Gipson’s age was 27 by the time this article was written. His birthday is however still unavailable on the Internet. In the absence of his birthday, his zodiac could not be figured out as of March 2021.

Ex-con Maurice Gipson is a very private person and in public, he makes sure that he does not let go of too much of himself and his family.

That being said, Maurice’s followers do know that he was born in his hometown at Compton, California. Furthermore, Maurice’s little brother turned 19 on February 13, 2021.

Love After Lockup star Maurice Gipson stands tall at a height of 6 Feet 2 inches. As of March 2021, Maurice weighed no more than 89 kilograms. Furthermore. Maurice’s distinctive physical features include black hair and eyes.

For a reality TV star, Maurice has a decent social media reach. Maurice is available only on Instagram. As of March 2021, he had more than 1.3 thousand followers on the platform. There is no confirmation as to if Maurice will ever join Facebook and Twitter.

While not much is known about what Maurice did for money before ending behind bars for first-degree burglary, the viewers are all aware that Maurice was a gangbanger in the past.

Not much is known about Maurice’s criminal history except the first-degree burglary. Nor is there any information of Maurice going back to jail for the second time.

According to Jessica, Maurice held a job following his release from prison. However, she didn’t give out further details.

Unlike the other cast members in the show, Maurice did not meet his now-wife Jessica on a  prison pen pal website. The lovebirds met through a normal dating site called Plenty of Fish.

It was Maurice that caught Jessica’s eye right away. The two began dating each other while Maurice was still behind the bars for the first-degree burglary. After only three months of “dating,” Maurice proposed to Jessica, which the marketing consultant gleefully accepted.

Shortly after their engagement, the pair exchanged wedding vows in a prison ceremony with Jessica having to buy a ring worth $2 for herself.

In May 2020, baby mama gave birth to her and Maurice’s son, Ma’liq Wayne Gipson. Jessica made an Instagram post informing her fans about the newly born kid.

Uploading a picture of their son, Jessica wrote, “Introducing Ma’liq Wayne Gipson, he’s soo handsome, funny, smart, and loves to eat! 🤣🤣🤣, check out my stories for more pictures, he looks like Hims daddy but with my blue eyes!!!!” 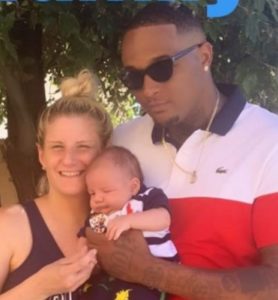 Maurice, his wife Jessica, and their son Ma’liq Wayne Gipson.

Furthermore, the former gangbanger was paroling in California. But, as a former member of the street gang in California, he feared his safety and wanted to switch his parole over to Las Vegas.

Maurice’s wife already had a home set up for them in Las Vegas. The lovebirds planned to have a huge wedding once Maurice was legally out on parole in Las Vegas.