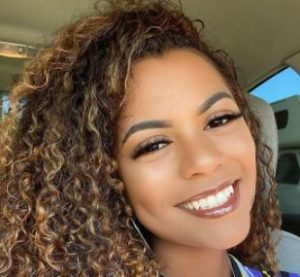 Meet Taylor Jimenez, popular as girlfriend to the Big Brother and The Challenge star, Kaycee Clark.

Though Taylor was dating Kaycee for years, she first came to the limelight in 2020 after Kaycee shared she had “nothing but respect” for her girlfriend on The Challenge. Especially since nothing ever happened between Kaycee and Nany, it had fans intrigued about who Kaycee had been faithful to outside the show. Thus, there appeared a name, Taylor Jimenez.

Here is everything you need to know about Taylor over this wiki.

Based on her birthday, Taylor is of the Cancer zodiac.

It seemed Taylor’s family was built up of four strong ladies; 3 siblings and one mother. Taylor’s dad never appeared in the pictures. As for her mom, Celina Jimenez is an optimist. Her Instagram bio wrote,

“Mom of 3 amazing gorgeous girls. Trust & have faith; it always works out in the end. #Faith #Family #Freedom and #Love are all that matter after all”

According to Taylor, she flaunts a mixed ethnicity; half Mexican and half African-American.

Taylor describes herself as a “ball of energy” and “full of fun, laughter, and positivity.”

Mentioning her distinct features, Taylor is a beautiful girl with dark eyes and appealing curly hair. Also, she has a beautiful smile in addition to those perfect teeth.

Furthermore, she flaunts her spine tattoo inscribed “she is worth far more than rubies and pearls” in her bikini and swimsuits.

As of Dec 2020, Taylor entertained 16.8K followers over her Instagram. Her bio wrote,

Also, find her self-titled channel on Youtube with over 300 subscribers. She mostly uploaded videos regarding her “curls, beauty, and fashion fits!” and her “everyday crazy life!” Her romance with Kaycee was also an occasional treat for the fans featured on some of the videos.

Taylor Jimenez aspires to build her career as a model and a YouTuber.

She has appeared on several photoshoots; especially paying tribute to the likes of Rihanna. On April 24, 2018, Taylor even posed as Rihanna for Fenty Beauty (product by Rihanna) photoshoot.

Also, she was featured in the Miss Jetset Magazine 2017 Cover Photo Contest. With her growing popularity, she was also invited to become a brand ambassador for brands like Thrive Island, Tumble Bee Clothing, and Franny Marie.

In light of her education, Taylor studied integrative physiology at the University of Colorado Boulder from August 2014 to March 2018. It didn’t seem like Taylor was involved with any jobs in her field of study.

According to Kaycee, she was living in Arizona and was trying to meet new friends, and then she stumbled upon Taylor on Instagram. So, one night Kaycee and her roommate went out bowling and they invited Taylor and her friend out, and the rest is history.

Taylor added, she “lost horribly” to Kaycee that night.

After that day, they became close friends and hung out every day. Soon, they knew they could be more than friends and made it official as girlfriends on Dec 18, 2018.

As of 2020, they were dating for over 2 years and living together at Kaycee’s apartment in San Diego. Also, Taylor and Kaycee weren’t engaged but they did hint about a possible wedding shortly.

Before Kaycee, Taylor lived with “one significant other” while she was in college. Though it wasn’t a “horrible time”, it made Taylor never want to live with another partner again, until Kaycee arrived.

As for Kaycee, her past flings included Nany González, with whom she occasionally flirted. But both claimed that nothing happened between them.

Also, Kaycee allegedly hooked up with former co-star Rachel Swindler. They were rumored to be kissing on a video (now deleted) uploaded by JC Mounduix. But neither of them confirmed what actually happened between them.