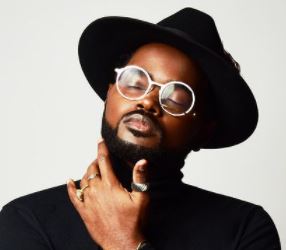 John Holiday mesmerized everyone as he first appeared on The Voice season 19. With his limitless range and a heartbreaking voice, the opera singer had fans on their feet from the start of his audition.

A step closer to winning the $100,000 and a record deal, John already made it to the top 5 contestants alongside Carter Rubin, Jim Ranger, Desz, and Ian Flanigan. He represented team John Legend and was on his way to justify the “otherworldly” tag he received from John.

Learn in detail about John Holiday as the article proceeds.

Corresponding to his birthday John is of Aries zodiac.

Born and raised in Rosenberg, Texas, John Holiday grew up singing in church. His grandmother, Sandra Mathis Franklin (he likes to call Big Momma) was a pianist and choir director at Calvary Missionary Baptist Church in Houston. And it was her, who influenced him to sing and learn the piano.

As for his parents, John was born to John Holiday, Sr. and Waverly A. His father was a welder while his mother was a housewife, and also a singer and clarinet player. But it seemed that his parents are divorced. John once said that he has a stepmom living in Navasota Tx who was over 50 years old.

Details on his siblings weren’t shared.

Trivia: John had a close cousin named Jimmie lee who was the Executive Vice President of MLB. Unfortunately, he passed away in Dec 2020.

In light of his education, John was already belting solos while only 6 or 7 years at Travis Elementary School. Then he went on to graduate from Lamar Consolidated High School in Rosenberg.

Later, to pursue a career in music, he attended Southern Methodist University from 2003 to 2007 and earned a bachelor’s degree in Music and Vocal Performace. Then he immediately joined Indiana University‘s Jacobs School of Music for a year.

For his master’s degree, John went to the University of Cincinnati College-Conservatory of Music (2010-2012) to study Music, Voice, and Opera. Finally, he did a diploma in opera studies, voice, and opera from the Julliard School from 2012 to 2014.

Mentioning his distinct features, John rocked the Will.i.am get up. He would often wear a hat, glasses, and a fancy suit.

Just using his voice, John Holiday garnered a net worth of around $850 thousand in 2020.

Building his career as a singer, John has established himself as an Award-Winning Countertenor and yet another icon for the LGBTQ community. Also, he was an advocate for Youth & Arts.

John’s first introduction to classical music was after he joined The Fort Bend Boys Choir when he was in second grade. After a while, he found himself as a soloist for the performance“The Damnation of Faust” led by Denyce Graves who sang the role of Marguerite.

Captivated by Denyce, John shared that he could see himself in her. It made him realize how much he loved music and that “opera kind of chose” him. Also, John is a big Leontyne Price fan.

Check his Linkedin account if you want to learn more about his job details and experiences.

Coming to his The Voice Journey, John entered the show with a three chair turns, except that of Blake’s. Auditioning with Ella Fitzgerald’s “Misty”, in his outstanding vocal timer, the judges were confused if John was a girl. Then with some debate on who John should join with, he finally chose The John Legend team.

John was selected amongst the top five contestants after he dedicated Coldplay’s “Fix You” to judge John Legend and his wife Chrissy, who unfortunately lost their unborn son in September 2020. The emotional performance had John Legend left in tears.

Fun fact: With years of friends and family asking John to audition for The Voice, he never had the time for it. Finally, during the 2020 pandemic, all his schedules were halted, thus giving John some time to think about it.

Settle down boys, John Holiday has a husband.

John married Paul Gater on Feb 4, 2013, and lived with him in Wisconsin.  Just in case you are curious, Paul isn’t a singer. Like John once said in an interview,

“I would never date a singer. Not that there’s anything wrong with singers.”

His husband, Paul was actually a surveyor for an oil company. Though not much was known about him, Paul seemed close to John’s family and even appeared with them over Instagram in Sept 2020.

It wasn’t known if John and Paul adopted kids.

Talking about John’s sexuality, he first came out as gay to his grandma. He recalled that it was on his 25th birthday, he gathered the courage to tell his Big Momma,

“Big Momma, I have something to tell you. I’m gay.”

To which she replied,

“There is nothing in this world that you could do that would make me love you any less than I love you right now.”

Also, John shared that he was bullied as a kid for having a high voice and made fun of for being gay. But with his grandma always by his side, John felt empowered and was able to become the man he is today.

0 Replies to “John Holiday Husband, Height, Net Worth, The Voice”