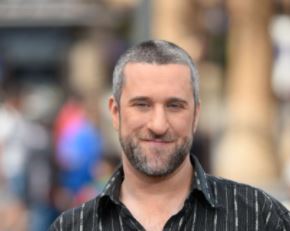 In Feb 2021, news broke that Dustin Diamond passed away. The tragedy happened less than a month after the actor’s lung cancer diagnosis. Tash Jules, his girlfriend, was by his side when he took his last breath.

Who Is Dustin Diamond’s Girlfriend? Well, little else remains known about Tash Jules. Keep reading to find out more!

When Dustin Diamond passed away, he and Tash Jules were dating for a little over a year.

Dustin’s longtime manager, Roger Paul revealed that the actor was ignoring a lump on his neck for some time. Dustin feared going for a check-up because of the attention he might garner.

According to Roger, it was Tash who convinced Dustin to finally visit the hospital. Later, the doctors confirmed it was stage 4 small cell carcinoma, a kind of lung cancer.

Shortly after undergoing the first round of chemotherapy, Dustin took his last breath. Roger claimed that the actor didn’t suffer.

Tash met Dustin in June 2020 via Facebook. They had mutual friends. Once they met in person, Tash and Dustin clicked immediately. September that year, Dustin moved into her house.

As of 2nd February 2021, Tash was still mourning the loss and hadn’t released a statement yet.

On 3rd February 2021, Tash gave an exclusive interview to Daily Mail. In it, she confessed that Dustin was the love of her life.

Tash also shared that she and the late actor were planning for the future. Admittedly, the couple often spoke about having children.

Together, Tash and Dustin had a mini-Yorkie whom they named Fin.

Although her world turn upside down following Dustin’s death, Tash promised to cherish their time together. Dustin’s last words for Tash’s was that he loved her.

Tash Jules managed to keep everything about her under the wrap.

Not only did she manage to hide details about her career but Tash also successfully kept her date of birth to herself. However, as Daily Mail noted, she was 39 years of age by February 2021.

By her admission, Tash loathes the limelight. It is the very reason why many didn’t know she and Dustin lived together. Tash told Daily Mail that she wanted to give Dustin a normal life.

Other Women In Dustin Diamond’s Life

Dustin was once engaged to a woman named Amanda Schutz. A professional clown by trade, Amanda was arrested alongside Dustin during his 2014 brawl that led to his arrest.

Before Amanda, Dustin was in a marital relationship with Jennifer Misher. They wedded in 2009, only to split 4 years later.

From what the online reports indicated, Dustin didn’t get to enjoy fatherhood while still alive.

To those unfamiliar: Dustin Diamond became a household name playing the character Samuel “Screech” Powers in the franchise Save By The Bell.

Also, Dustin was 44 years old at the time of his untimely death.