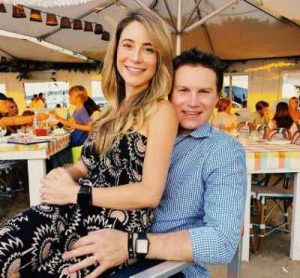 Ashley Spivey was first known to the world when she competed for Brad Womack’s roses in season 15 of the ABC series The Bachelor. Years later, and she somehow manages to give headlines concerning her married life with husband Steven (Steve) Hunsberg. (Ashley was sent home after two one-on-one dates on the 2011 season of the ABC show.)

Steven Hunsberg reached the age of 39 in 2020. Born with the personality traits of a Virgo, he celebrates his birthday every year on the 21st of September.

Steve Hunsberg’s father has the same name as his son. While Steve’s mother is named Colleen Hunsberger.

Both of his parents are on social media.

Steve and his family originally hail from Bethlehem, Pennsylvania.

Steve Hunsberg, who has been a New York resident in the past, stands barely 5′ 11″ in height.

Steve Hunsberg could be found on Instagram as well as Facebook and had a very regular number of people following him; unlike his once-been-a-TV-personality wife. Ashley entertained a whopping 80.1K fans on Instagram, at the time of this writing.

At the time of this writing, one could not tell what Steve Hunsberg did for a living.

Back in the days, he used to be one of the promising quarterbacks, playing with the Columbia University football team. Things were going well for him as an athlete when bad luck struck in 2003. During spring practice, he tore his ACL and missed his starting job to Jeff Otis.

Steve, however, made one final appearance for the Lions. In the waning minutes of the 2003 season finale against Brown, he came off the bench and received one of the best ovations for a player coming in late to a game.

Steve Hunsberg married Ashley Spivey in a romantic wedding ceremony at Airlie Gardens in Wilmington, North Carolina in May 2016.

With friends and family enjoying the poolside festivities, the bride wore a simple, white mermaid wedding gown letting her locks in loose waves. The groom, on the other hand, presented himself in an all-gray suit, with a light beige tie.

Ashley spilled on the couple’s wedding website that Steve had fallen for her while watching her on The Bachelor.

“Steve loved watching The Bachelor and he decided that Ashley was his favorite.”

So, the pair, who met through a couple of mutual friends, remains happily married and ready to welcome their child. They were engaged by December of 2014.

On April 21, 2021, Ashley unveiled on Instagram that she is just about seven weeks pregnant. The baby announcement clearly arrived five months after Ashley and Steve faced the heartbreaking loss of the baby boy they were expecting. They had named the boy CJ.

Anyway, Ashley shared she wanted to tell everybody especially her friends and family so early on in pregnancy just because she wanted to be open about her journey. 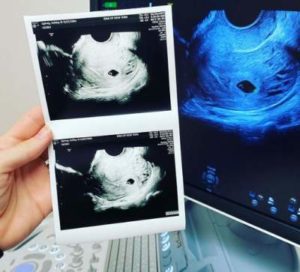 “This is my reality and I don’t want to have to stay silent about it because of taboos or a fear of jinxing it,” she wrote. “I’m scared and I’m nervous but I’m also overjoyed. I’d be lying if I said that I’m not constantly thinking of CJ but I have to think that he had a little part in this.”

The due date was December 9 (in 2021) but her MFMA told her that she wanted Ashley to deliver at 37 weeks. This meant, her baby was going to arrive sometime between the days that her father and CJ died.

Sharing the snapshot of herself holding her ultrasound photos, she revealed the pregnancy was not at all expected.

Ashley, who worked as a nanny before appearing on Bachelor Nations, had of course gone through the IVF process and had decided to freeze the embryos. But, she and her husband never thought their baby would come home this soon.

Spivey had announced her first pregnancy loss in November 2020, just a little over four months after telling the world that she was expecting a baby boy.

Steve took his time before addressing the tragic loss. He shared a letter written to CJ about an album of songs that were selected for the baby. Giving some insights into the worst day of their life, he captioned the post— “The world took a step back today”.

In May 2021, Ashley suffered a second pregnancy loss. Via Instagram, she shared the devastating news. An excerpt read— “Lil’ Blobby tried but unfortunately, some genetic abnormalities stopped all growth over the past week and the heartbeat.”