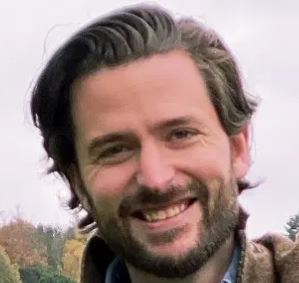 Be it a commoner or a dutchess, bullying in any form is inexcusable! In March 2021, Meghan Markle was in the spotlight for allegedly harassing her royal staff, and bullying them out of the household. It was only a matter of time before someone spoke up, and that someone was Jason Knauf.

Keep reading this Jason Knauf wiki to learn all about the former press secretary of Meghan Markle.

Jason Knauf, a trusted royal staffer who worked with Prince William, Kate Middleton, and Prince Harry, reportedly filed a harassment complaint against Meghan Markle that caused turmoil in the UK. He alleged Meghan of “bullying ” her royal staff in the Kensington Palace.

According to The Times of London, Jason also previously made a complaint to Prince William’s private secretary, Simon Case (in 2018), that Meghan was “bullying” junior staff in the palace. He wrote,

“I am very concerned that the Duchess was able to bully two PAs out of the household in the past year. The Duchess seems intent on always having someone in her sights. She is bullying X(name confidential) and seeking to undermine her confidence.”

He added at the end, “I remain concerned that nothing will be done.”

However, Prince Harry reportedly met with Jason and asked him not to carry the case forward. (A claim that Prince Harry denied)

Overall, Jason received both support and hate for accusing Meghan. Half believed Jason risked his career to give the victims a voice, while the other half claimed that he might be working with Dan Wootton, or was ambitious and wanted to work for the heir to the throne and not his brother.

Details on his birthday and zodiac weren’t shared.

Jason Knauf was born in Huntsville, Texas, but he never got to spend enough time in his hometown. Soon after he was born, his family moved to Conroe, Texas, and then to Virginia as Jason turned 5.

Talking about his family, Jason has two brothers named John Townsend and Andrew Knauf who lived in Texas. The former one owned a construction company, while the latter one was the Houston fire captain.

Also, Jason has a grandmother named Wanda Maddux. Funny story, Jason’s grandma once came to visit him while he was working at Windsor Castle. So, the tourists spotted him pushing the old woman in a wheelchair and mistook her for the queen.

In light of his education, Jason attained Victoria University of Wellington for his bachelor of arts in Hons, Political Science, and International Relations from 2002 to 2004. Then, in 2008 Jason joined the London School of Economics and Political Science for his master’s in politics and communication.

By now, his career should have been as clear as a crystal if you have been following the article. Just in case you missed it, Jason worked for the UK Royal Household as “Senior Adviser and Communications Secretary” to The Duke and Duchess of Cambridge for over 6 years. And given that Meghan asked for Jason’s feedback on her private letter that she sent to her father, Jason might be a pretty good advisor.

But after reporting the “bullying” allegations against Meghan in early 2021, Jason handed in his notice. However, as of March 2021, he resumed working for Kensington Palace as the chief executive officer of the Cambridges’ Royal Foundation.

In May 2021, Jason revealed he was stepping down from the foundation as the result of “planned international relocation”. However, he would hold the position until the end of the year. Hinting that the split was amicable, Jason claimed the royal gig was the “privilege” of his working life.

Before his time in Kensington Palace, Jason was the senior press officer for HM Treasury for one and a half years. Also, he had jobs in the government sector of New Zealand for over 4 years before that.

Jason Knauf’s relationship status remained unknown as of 2021. It also goes to say that his husband and partner’s information was kept private then.

Before You Go: Doria Ragland Parents, Nationality, Mom And Dad