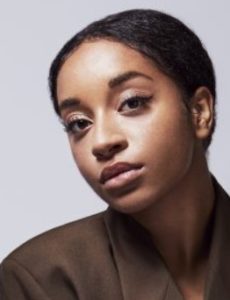 Siena Kelly shot into the limelight after the incredible performance she had put in Channel 4‘s Adult Material was watched by millions of TV addicts.

Learn more about her in the wiki-article below!

Siena Kelly was reportedly born in the year 1996, which meant her age was 24, as of December 2020. However, it is still unknown when does Siena celebrates her birthday. In the absence of her exact birthdate, her zodiac sign could not be figured out.

Siena Kelly was born in Greater London, the United Kingdom, therefore she is of British nationality. As per the article by Open Air Theatre, Siena’s family, especially her dad and older sister, were big fans of musicals. As a result of that, Siena had huge support while she was trying theatre in the beginning.

The Temple actress went to Art Educational School for education. She trained herself there from 2014 to 2017.

The Adult Material actress Siena Kelly stands at an average height of 5 feet 3 inches (1.6 meters). As for her weight, she weighs no more than 50 kilograms. Other distinct features about her include brown eyes and dark brown hair.

She even performed in many musicals before she joined her college. Siena played Anita in 2013’s production of West Side Story by Nikolai Foster in National Youth Music Theatre. The amazing actress also performed in 13 The Musical and Lady Be Good.

But, Siena took deeper training in theatre work, she found out that if she was going to do the theatre for the rest of her life, it would be traditional theatre.

Some of her traditional theatre credits include Anne Margaret in Teenage Dick, Urzula in Describe The Night, Jess in A Christmas Carol, Ivy in On The Town, among others.

Over the years, Siena has been able to make her mark on television took. She played Michelle in Temple, Syd in Hit and Run, and Rhoda Swartz in Vanity Fair.

Her all-new Channel 4 show, Adult Material, is available to watch on the network.

In a time when many TV networks are shifting their focus to female-led shows, Channel 4 joins the lot with its realistic and dark portrayal of the British adult industry in the female star-studded four-part drama, Adult Material.

The show aims to show all the dark stuff going on in the adult industry following the show’s main character, Jolene Dollar.

Siena plays the role of Amy, a young troubled newbie in the adult industry, who Jolene ends up taking in her protective care.

Chatting with Bustle, Siena revealed that she had fun playing the character. Kelly said of her character Amy.

“She’s one of those people that I feel like if you pushed her off a building she’d land on her feet.”

Through the interview, Siena showed her belief that the show will start a healthy conversation on adult films and force us to think about how it affects normal human beings. Sienna told Bustle,

As of 2020, Siena Kelly was secretive when it came to her dating life. Never in any interview had she spoken about her boyfriend. While it may have also been true that Siena was not into dating and really focusing on her career now.

Whatever it was, there was not the slightest inkling of her dating life.