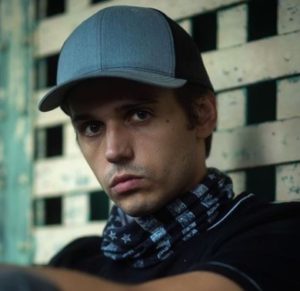 Every one of us for at least once in our life has got the chills watching a paranormal movie. Now, just imagine how a person who is in those haunted places would feel.

Dakota Laden, a paranormal investigator, and a self-taught filmmaker visit several paranormal and haunted places across the United States, along with his team in Travel Channel‘s Destination Fear.

More about the documentary filmmaker in the wiki below. Get insights into his general bio, net worth, and dating information.

The emerging filmmaker was born in the year 1995, which meant his age was 25, as of this writing. Furthermore, Dakota Laden celebrated his 25th birthday with his friends and family on November 18, 2020. Going by his birth date, his zodiac sign is Scorpio.

Dakota Laden was born to his parents Rob Laden and Polly Laden in his hometown, which is Lakeville, Minnesota. Other than his parents, Dakota has four siblings, one brother, Tavian, and three sisters, Isabella, Chelsea, and Mykenna in his family.

Dakota was interested in paranormal things as he grew up in a haunted childhood home. he revealed that it was not an extreme case of horror. Nonetheless, his parents had to get the house blessed.

Dakota Laden has got all the physical features a girl look for in a guy. He is tall at a height of 5 feet 11 inches and weighs 75 kilograms. He even has blue eyes and a muscular body — what do you need more?

Dakota is a very social guy and often interacts with his fans on social media. Thanks to his extrovert nature, the guy has an immense social media reach.

Minnesota native Dakota was inclined towards filmmaking since a very young age. At 7, Dakota began making videos- – comedy short, pranks, or any crazy experimental videos — with the camera that his older sibling Chelsea sold him.

After finding his true passion, Dakota started searching for haunted hotspots to film and explore along with his sister, Chelsea.

In 2011, Dakota uploaded a five-part video to emulate the style of his favorite show at the time–that was Ghost Adventures. After the YouTube video caught the eye of star Zak Bagans, he was offered a guest appearance in Ghost Adventures, which he gleefully accepted.

Moreover, Dakota even went to be a part of the Ghost Adventures crew upon Zak’s invitation, which took his skills as a paranormal investigator to the next level.

His filmmaking skills were further honed from his experiences as a crew member in big movies such as The Last Witch Hunter (2015) and Allegiant (2016).

In 2016, Dakota filmed a paranormal documentary movie called Trail To Error, where he takes his best friends Tanner and Coalin and his sister Chelsea on a five-night journey to test the limits of their fear. 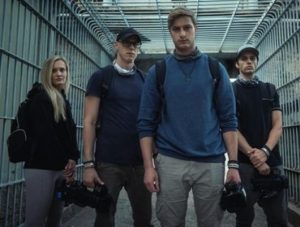 Dakota with his team of Destination Fear.

Dakota’s 2019 project Destination Fear first premiered on the Travel Channel on October 24, 2020. Destination Fear was akin to Trail To Error in many ways. Only this time, the participants would sleep solo overnight at each paranormal hotspots and record their experiences.

The second season of Destination Fear went live on Travel Channel on October 24, 2020.

Aside from being a filmmaker, the Minnesota native is also a production assistant at Lions Gate Pictures.

Reportedly, Dakota Laden’s net worth is reported to be around $800 thousand as of this writing.

Dakota Laden has dated multiple women over the years. However, he has only mentioned a few of them in his social media handles.

One of the earliest girlfriends of Dakota Laden was Rachel Ulrich. The pair dated for a few years while Dakota was in early high school. Unfortunately, Rachel lost her life on April 24, 2012, following a two-year-long battle with melanoma.

Dakota even expressed his grief on Rachel’s demise. On his Twitter handle, he wrote,

“RIP Rachel Ulrich :/ one of my first girlfriends, she was such a great person. Way to young to die :(“

On March 16, 2015, Dakota again took to Twitter to inform his followers that his girlfriend had been cheating on him for over 5 months. However, there were no identification details of the girlfriend he was talking about.

On February 9, 2019, Dakota took to Twitter to shut down his wedding rumors.

All in all, Dakota’s dating life is pretty jammed. However, the gay rumors persisted.