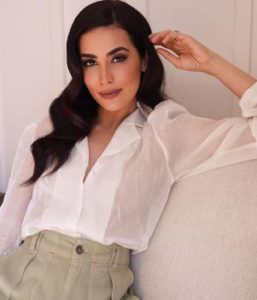 A celebrated beauty and lifestyle blogger, Sazan Hendrix rose to popularity via her self-titled blog. She would eventually make a name for herself as an Instagram sensation and a YouTuber.

Read about Sazan’s married life, ethnic background, and net wealth by delving deep into her biography.

More on Sazan’s family: The social media influencer admittedly isn’t her parents’ only child. She is siblings with a loving brother.

Coming to her education, Sazan attended the University of North Texas where she studied radio, television, and film.

Sazan Hendrix met future husband Stevie Hendrix during their time as students at the University of North Texas.

Three months her junior, Sazan’s beau Stevie works as a homeschooler while podcasting in spare time.

Following three years of dating, Sazan and then-boyfriend Stevie got engaged in late-2014. Six months later, the duo got married.

Married in May 2015, Sazan and Stevie shared the “I DOs” in front of 35 guests who attended the gorgeous outdoor wedding in Malibu California.

Sazan’s parents – who had initially disapproved of their romance – didn’t attend the wedding. It was the Instagram star’s brother who walked her down the aisle.

Two and a half years into their married life, Sazan and husband Stevie got blessed with their first baby. They named their firstborn Valentina Grace Hendrix.

Born in December 2017, baby Valentina weighed five pounds & 12 ounces at the time of her arrival. 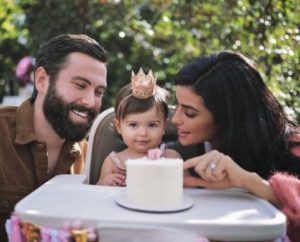