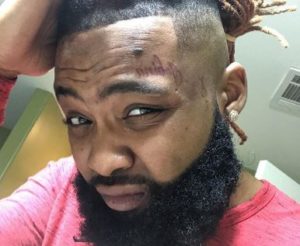 Sada Baby was on the verge of quitting music and join a culinary program. Up until that point, he had been rapping for three years but hadn’t seen a single cheque come through.

Before the giant leap, Sada competed and won the local rap contest “Casada Aron Sorrell.” The milestone was enough for the Detroit emcee to prolong his musical career.

To know about Sada’s net worth, government name & relationship status, read his wiki below!

Admittedly, Sada didn’t share the tightest bond with his father’s family. As an 11-year-old, he did spend a year in D.C. with them.

Sada doesn’t appear to be his biological parents’ only kid. Seemingly, he has a little brother who’s either his full or half-sibling.

In the 2018 interview with The Fader, Sada opened about up about being thick as thieves with his cousins.

As a child, Sada Baby sang in the choir church. Growing up, he was listening to plenty of Pastor Troy, Cash Money, System of Down, Gorillaz and several Detroit rap groups.

Sada didn’t take music seriously until the mid-2010s.  By September 2018, he had dropped two full-length projects.

Circa 2016, Sada gained traction because of his feature on Danny Mellz’s single “Megaman X.” A year later, the Detroit emcee released a mixtape titled “D.O.N-Dat One Ni**a.” “Skuba Sada,” “Freaky Nike” and “Bloxk Party” were his subsequent projects.

Returning to form in 2019, Sada dropped the LP “Bartier Bounty.” Consisting of 18 songs, the said album was released under Asylum Worldwide LLC.

On 3rd February 2020, Pitchfork writer Alphonse Pierre named Sada’s single “Slide” as the “Song Of The Day.” A few days earlier, Stereogum stated that the Detroit emcee had already owned the year 2020.

Sada Baby announced that he left the Grizzley Gang in late-2019.  Speaking to The HipHop Lab, he explained how being shelved for so long motivated the move.

The revelation gave birth to a possible beef between Sada and former boss Tee Grizzley.

Do Read: Is Lil Reese Dead? Death, Net Worth & Beefs

Back in April 2019, Sada faced criticism for challenging Rap God Eminem’s legacy. He excluded the “The Real Slim Shady” hitmaker off the Top 5 emcees from Detroit.

Bizzare from D12 – Eminem’s former rap group – responded to Sada’s claims. Echoing similar sentiment, he argued that Eminem was Top 5 of all time.

As of February 2020, there didn’t exist public reports of Sada Baby’s dating history. Nor was he involved in a public relationship.

On social media too, Sada refrained from showing off his girlfriend. Also, he had maintained silence on the topic of baby mother and children.

Face filled with tats and reckless behavior; that’s what it takes to be a “menace to...