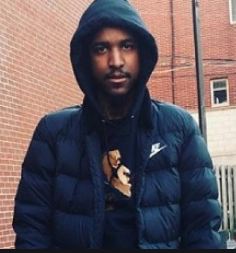 On 15 May 2021, reports broke that Lil Reese was one of the 3 people shot at a parking garage in downtown Chicago.

Following the news, fans began to wonder if Lil Reese died. Continue reading to find out!

No, Lil Reese didn’t die following the 15 May 2021 shooting. A 16 May 2021 report mentioned that Reese was in stable condition.

According to the police, the shooting began during a dispute over a stolen vehicle. The responding officers discovered 3 male victims with gunshot wounds. A police spokesman said it seemed a group of men shot at each other. At the time, there weren’t any offenders.

On 11th November 2019, news broke out that Lil Reese was shot in the neck in Illinois, the rapper’s home state.

TMZ was the first widely recognized media outlet to report on the shooting of Reese.

Within hours of the initial report, Hip-Hop fans began fearing the worse. Some even suspected that the injuries from the shooting led to the rapper’s death.

Per TMZ, the Country Club Hills PD reached the shooting scene – 40 minutes outside the city of Chicago – tracing a 911 call made from the sight of the incident.

Upon arrival, the police found fresh blood spread on a car shit and the ground near the driver’s door.

Responding to witnesses’ claim of a man picking up Reese, the cops made few calls and learned that the rapper was receiving treatment at the South Suburban Hospital.

Though not dead at the time, the police offers told TMZ that Reese was in critical condition. Admittedly, they were investigating looking into what and who inspired the shooting.

According to the witnesses, Reese was pursued by his shooter in a car. In the ensuing car chase, they claim to hear 12 rounds of gunshots.

Before the suspected death, Lil Reese – the self-anointed “Gream Reaper of Chiraq” – was entangled in multiple beefs.

In 2019 alone, the “Traffic” hitmaker was engrossed in three public feuds. June that year, he was jumped by rival rapper Skeezy and his crews. The incident promoted beef between Reese and YBN Nahmir. Two months later, Hip-Hop outlets reported brewing friction between him and one-time collaborator Lil Durk.

Reese dropped his debut mixtape “Don’t Like” in 2012. In the ensuing years, he released two EPs and six mixtapes/albums.

0 Replies to “Is Lil Reese Dead? Death, Net Worth & Beefs”