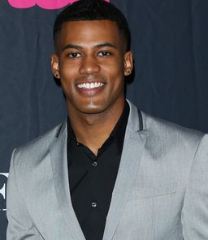 Hailing from Atlanta, Georgia, Chris Tavarez is a rising actor most recognized for portraying the character Darien in the TV series “K.C. Undercover.”

Here, let’s get into why Chris was jailed, his net worth and tackle the gay rumors!

Standing six feet in height, Chris Taravez acted as a model. Encouraged by scouts, his parents pushed him into the world of acting. He would later leave full football scholarship at Duke University to focus on the art form.

From a fruitful acting career, Chris allegedly garners a six-figure net worth.

In November 2019, Chris Tavarez made headlines for all the wrong reasons. Per TMZ, he was arrested and thrown in jail for assault against his girlfriend.

Quoting law enforcement officers, TMZ stated that Chris and mystery girlfriend got into an argument at the actor’s Hollywood home. As the war of words turned physical, he allegedly pushed his lady which caused her to bash her head.

By the time police arrived, Chris had fled the scene. Despite maks on her body, his girlfriend initially refused treatment. Doctors later concluded that she suffered a concussion.

Two days after the incident, Chris was arrested and sent to jail. Book for felony domestic violence, he paid $100k in bail money.

Despite the frightening nature of the debacle, mystery still surrounded Chris Tavarez’s dating history with the said girlfriend.

When the news of his Chris’ arrest first broke, many were taken aback. In part because there existed an intense rumor that the actor was a closeted gay man.