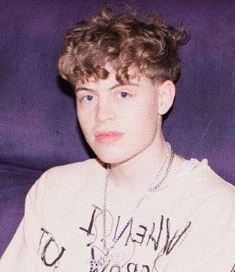 In Oct 2020, rumors grew that Abby Rao was dating again and fans speculate it was the young hip hop producer Royce David. The couple posted an Instagram Story from the same place, Louisiana and the rumor caught on like wildfire.

So who exactly is this Royce David? And what is he famous for? Well, we got what you might be searching for, so scroll down and let the wiki unfold information on Royce David.

Along with fame and wide recognition as a producer, Royce David also built quite an impressive net worth as a record producer. His total net worth total about $700 thousand as of the time of this writing.

Royce earned himself recognition as one of the promising young Hip Hop producers. But before his music career, Royce attended Lakeside High School and graduated from the same.

Though Royce trained with the instruments and types of equipment long before, the Seattle-based producer debuted his career in 2016. He collaborated with rapper Lil Mosey and the pair’s career took off eventually.

Royce produced several songs for Lil Mosey such as Noticed, Kamikaze, What I Want, Wit us, 2 Paid, Lame S–t, That’s My B—-, Greet Her, Stuck in a Dream, and So Bad among several notable others.

He has also been credited for producing hit singles for other Hip Hop artists such as Blocboy JB, Trippie Redd, Gunna, and Chris Brown.

Royce David Andrew Pearson was born to his father Russel Pearson and his mother Shannon Pearson in Seattle, Washington. As of the time of this writing, no further information on Royce David’s parents has surfaced on the internet.

Hailing from his hometown of Seattle, his grandmother Sharon Wallace could often be seen leaving comments on his Facebook posts.

Besides that, Royce David avoided divulging information on his other family members including his possible siblings.

Getting into his appearance, Royce David belongs to White-American ethnicity and is definitely a good looking guy. And like they say, “Boys With Curls Get The Girls,” he got a large number of women falling for him with his looks.

Plus, Royce’s sense of fashion also makes him stand out among the crowd. As for his height, Royce David stood tall at 5 feet 10 inches (1.77 meters) which haven’t increased since he turned 21 years old in February of 2020.

Also, Royce weighed 68 kilograms (149 lbs) which is reasonable for his height and slim body feature.

Royce David could often be hanging out with his boys rather than cozying up with girls. None of his social media accounts suggested the possibility of him ever having a girlfriend.

Plus, Royce’s private nature obstructed the way into his past relationship and love life.

What else? If it wasn’t for TikToker Abby Rao, he probably wouldn’t be indulged in a dating rumor now, if not any time sooner. Fans of Abby speculated the chances of the two being together as they shared an Instagram story from Convington, Louisiana.

Abby previously dated RiceGum but the pair called it quits. But the couple appearing together even after the break-up created excitement they might’ve gotten back together.

However, Abby declined the “patch-up” rumor and claimed she was seeing someone else, and in this case Royce David.

However, neither of the pair has made their relationship official as of the time of penning this bio.