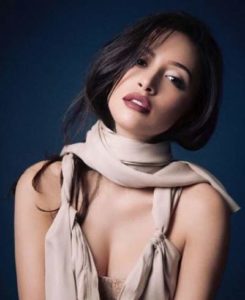 American actress Christian Serratos is cast to play Selena in Selena: The Series.

As of 4th December in 2020, Christian will be seen leading an unforgettable story of Selena Quintanilla, from her childhood to her rise to fame.

The real-life Selena was the most celebrated Mexican-American entertainer of the late 20th century who died young at the age of 23. She was a singer, songwriter, spokesperson, model, actress, and fashion designer. She was/is highly acclaimed for her contribution especially to music and fashion. They referred to her as the “Queen of Tejano music”.

In the midst of the biographical drama series based on the life of Tejano singer Selena, here’s everything you need to know about the actress who staring as the diva in the titular character.

Christian was born ‘Christian Marie Bernardi’ on 21st September in 1990, in the hometown of Pasadena, California.

Also, Christian Serratos inherited a mix of Mexican and Italian ethnicity respectively from her mom and dad.

In an interview with AskMen, Christian spoke about growing up in a big family that was heavily influenced by her mother’s Mexican heritage. “My family spoke Spanish in the house. Our Hispanic culture was definitely there,” said the People Magazine‘s “100 Most Beautiful People”.

Her mother is a jewelry designer, and public relations and marketing agent at ACSPR. While Christian’s father is a set construction worker.

Regarding siblings, she once mentioned her sister during an interview.

Aside from these, not much is heard of her parents and family background.

In a slim and toned physique, Christian Serratos stands tall at 5 feet and 7 inches or 1.70 meters height. Also, most lately, her weight and measurements were recorded respectively as 52 Kgs or 114.5 lbs and 33-24-34 inches.

Before Selena: The Series, Christian notably participated as Rosita Espinosa in AMC’s The Walking Dead TV series, as Suzie Crabgrass in the Nickelodeon series Ned’s Declassified School Survival Guide, and as Angela Weber in The Twilight Saga series.

Likewise, her character Rosita Espinosa in the fourth season of The Walking Dead was upped to series regular in the fifth season and was added to the show’s main credits for its seventh renewal.

Christian also had a brief to detailed appearances in the TV shows The Secret Life of the American Teenager, American Horror Story: Murder House, Hannah Montana, and the movies Pop Star, Flight 7500, and 96 Minutes.

This way, Christian Serratos is reported to have made a $1.25 million net worth.

Christian Serratos is a very proud mother of a daughter, she welcomed with her boyfriend David Boyd, in 2017.

In May, the same year, on the occasion of Mother’s Day, the AMC’s zombie apocalypse series star brought to her Instagram the very first baby announcement. The then 26-year-old mother captioned her post as, “Happy Mothers Day from little W and me! 💜.” In the picture, she is seen clutching the baby. At the time, she did not provide the baby’s name or sex.

Only eventually, we came to know that its a girl Christian and David had. Also, they named her Wolfgang Serratos Boyd.

Sometime later, the fierce mother of Wolfgang had shared a photo of herself breastfeeding her daughter, with the caption,

“This is my body and my page. So I will post what I want when I want. Those who disapprove can suck my left tit.”

Christian and a Danish/American singer, best known as the lead vocalist of the Danish alternative rock band New Politics, started dating at some point in 2014.

By 2020, there had been no news of David being upped to Christian’s fiance or husband.

But, the couple yet to get married, appear to be bonding stronger than ever. 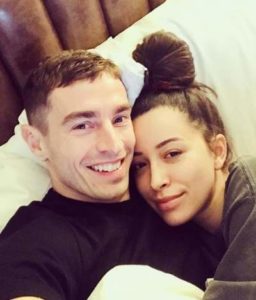 Now and then, they flaunt their romance and chemistry on Instagram. Christian, on hers, with 2.1million followers, wished him, “Happy Father’s Day muffin 🥰” back in June in 2019.

And clearly, David too is completely in love with her and their young one. 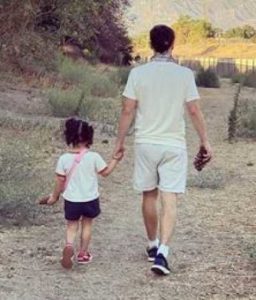 Besides singing, David is an accomplished breakdancer. He appeared in modern dance productions choreographed by Steen Koerner and in a post-apocalyptic dance version of Rudyard Kipling’s The Jungle Book.

Cassady McClincy is an American actress best known for the role of Lydia in the AMC TV series The Walking...