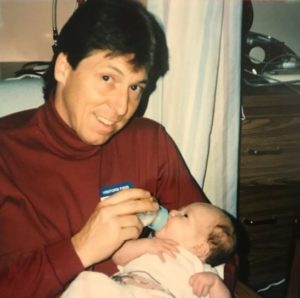 Ron Gibbs, supporting cast of 90 Day Fiance and Brandon Gibbs’s dad, apparently has some health issues. In the episode aired in August 2021, Brandon got emotional about missing his parents who moved out of his farm in July 2021.

Learn more about his health condition, age, details about his job, and other details.

Brandon Gibbs, son of Ron Gibbs, revealed that his dad was dealing with illness. Ron and his wife Betty offered to pay the downpayment for Brandon’s new home if his son and daughter-in-law lived nearby their family home.

However, Julia didn’t agree to that offer which was proposed because she didn’t want to be nearby with her in-laws on a farm. On the other hand, Ron tried to convince his wife while getting emotional about his father’s declining health condition and opened up about how much he misses them.

But fans of the show noticed that Julia didn’t even care a little and even gave Brandon rolling eyes. Most fans blamed Julia for not trying to support her husband and live with the in-laws.

While most agree Julia should move in with Brandon’s family, others disagreed and stated that they shouldn’t. After all of that, it wasn’t clearly revealed what health issues Ron was going through that caused his health to decline.

Whatever illness he had, Ron could no longer work on his farm, and Brandon is needed by his family.

Starting of 90 Day Fiance’s season 8 was a rough start for Ron Gibbs and his wife Betty Gibbs didn’t receive positive responses from most viewers. They were often criticized for being extra protective and involved in the life of people. The fans of the show even labeled them ‘villains.’

Ron and his wife tried to have the sex talk with their 27-year-old son which was awkward. Not only that, but they also tried persuading Julia Trubkina to take birth control pills (because of a pregnant rumor) after she arrived in the United States.

After being together, they famously asked Brandon and Julia to sleep in separate bedrooms. In addition, Ron and Betty tried to turn Julia into a free farmhand.

They participated in Brandon and Julia’s wedding through video calls because of the pandemic.

In July 2021 episode, when Brandon and Julia broke the news to their parents that they were leaving the farm and to the new apartment, they got angry at the newly married couple.

Ron Gibbs stands tall at a height of 5 feet 11 inches (1.80 meters). Besides having grey hair, the fact that he doesn’t put on any glasses is his distinct feature.

Ron Gibbs is on Facebook where he regularly kept on updating his profile. He hasn’t updated anything since July 2021. Besides that, he couldn’t be discovered on Twitter and Instagram.

In addition, we also breed European Imported German Shepherd Dogs and adorable little Brussels Griffons. He and his wife tended to their livestock but since he is getting older, it has been harder for him to maintain his farm all by himself.

This is why Ron and Betty offered their son to move nearby their farm. 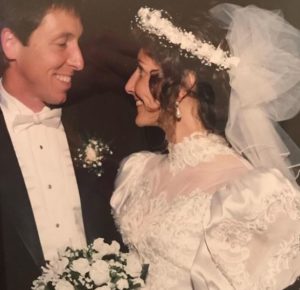 Talking about her job and education, Betty attended Nashua High School. Later on, she joined J Sargeant Reynolds Community College like her husband. Betty graduated with a business/accounting, accounting, and business/management.

Furthermore, Betty enrolled at the University of Utah and earned her Biology degree with Phys Education as her minor.

Talking about her career, Betty started her job in 1990 as a business manager for Virginia Lawyers Weekly. She worked there for 14 years and joined Cox Radio as Business Manager. Starting from June 1998 she became the owner of Hummingbird Acres Farm.

From November 2007, Betty has also been working as Controller of Main Line Broadcasting/Alpha Media.

How Many Kids Does He Have?