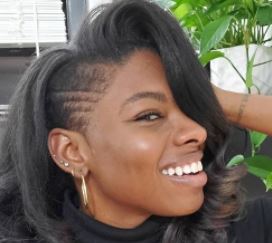 In hopes to have her own show, and win the cash prize of $50,000, Carmeon Hamilton stepped into HGTV’s season 8 of the Design Star: Next Gen.

Alongside seven other competitors, Carmeon worked in the “Design Hub” — a custom village where they face a gauntlet of challenges. They will be judged by  Allison Holker Boss, Jonathan Adler, and Lauren Makk, accompanied by a celebrity guest.

Learn everything about the Carmeon Hamilton wiki in the article below!.

Corresponding to her birthday, Carmeon is of the Libra zodiac.

Carmeon Hamilton was raised in her hometown Memphis, Hamilton, alongside her beautiful elder sister Alston. She loved her sibling to the moon and wished her “nothing but peace, love, and blessings”

Apart from her sister, Carmeon has two other important girl-figure in her family — her mother, Shelia B., and her grandmother, Hazel. Unfortunately, her mother passed away at the age of 49, in 2011, whereas her grandmother celebrated her 75th birthday in 2014.

Trivia: Here are the birthdays of Carmeon’s 3 important girls: Alston (September 24), Shelia B (May 1), and Hazel

In light of her education, Carmeon Hamilton was studying physical therapy at the Universal of Central Arkansas in Conway, until her fellow students encouraged her to switch majors to interior design. So she did! and graduated with her bachelor’s in interior design in 2004. Reportedly, her friends were impressed by her creative re-design of her dorm room that was made of were cinderblock and concrete walls.

Her distinct features include – dreadlock hair with an undercut and a wide smile.

Carmeon seemed to be pretty popular even before her time on the Next Gen. By  Feb 2021, she flaunted 109K followers over her Instagram and 1.3K followers on Facebook. She often uploaded work-related content over them.

She is an interior designer/lifestyle blogger based in Memphis, TN. Before 2021, she was working as a “Stash Home Merchandising Manager and Senior Visual Manager” for Dufresne Spencer Group, LLC.

Before that, Carmeon worked for Golden Living as an interior designer for almost 5 years. And after losing her job there, Carmeon decided to start her own brand called Nubi Interiors.

Furthermore, Carmeon also starting writing blogs then, which was an important factor that aided her career.

As for her style, Carmeon describes herself as a “self-proclaimed modern bohemian.” She shared that her purpose was “not only to discover the beauty in all things but to also help others find that beauty in things that surround them every day.”

To honor her, Architectural Digest named her a “rising star in the design world”. Also, she was often asked to share her insights and opinions by major industry associations or create content for top Fortune 500 brand partners.

Talking about her time on Design Star: Next Gen, Carmeon was the one to take the trophy home. She was one of the talented competitors who aced all of her tasks.

Carmeon Hamilton was married to a business manager, and life coach named Marcus Hamilton. Dating for over 5 years, the duo held their wedding on September 10, 2011, and share a kid named Davin who was 12 years old in 2021. 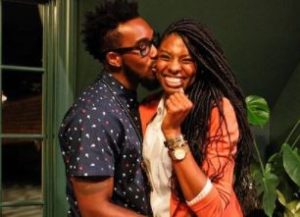 Until 2021, Carmeon and Marcus were going stronger than ever. Carmeon shared that her husband was “the fuel, battery, engine, steering wheel, and windshield wipers” that kept her running, and thanked him for that. Likewise, Marcus called Carmeon a “Queen” and shared how much he respected and admired her.

Also, Carmeon often went live on her IG alongside her husband, talking about “communication” and “marriage”. The couple was admired by many and encouraged them to continue to share more of their talks.

Sadly, Carmeon’s husband, Marcus passed away in a motorcycle accident. Via Instagram, the reality star broke the tragic news.

“To my extended Internet family, It is with deep sorrow and an eternally broken heart that I tell you that the love of my life, Marcus Hamilton, has passed away. I was alerted by MPD late last night that Marcus succumbed to his injuries from a motorcycle accident yesterday afternoon,” Carmeon began. “I’m no stranger to loss, but this loss brings something beyond pain. Something I can’t describe. I’m now missing a major part of myself and that void seems to grow more and more every second. I can’t bring myself to figure out Davin’s and my next step, because there shouldn’t be a need for one. But in the midst of this immense pain came a wave of support from the community of people that we’ve worked so hard to build. They are the only reason I have the strength and ability to put these words in writing.”

She concluded the post by writing, “Thank you all for being one of the best parts of our love story and loudly encouraging us to be the passionately flawed humans we were, living a life well-lived. I only ask for grace and privacy as my family and I navigate this extraordinary loss. I love you, peeps.”