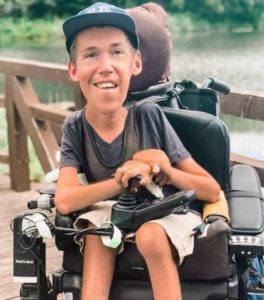 Many of you might already have heard it one way or the other, the story of a disabled man dating a ‘beautiful’ able-bodied girlfriend.

Here we are talking of Shane Burcaw who was born with spinal muscular atrophy (SMA) and has been in a wheelchair since the age of two. We saw him dating and documenting his “interabled” relationship on YouTube, with Hannah Aylward.

Now let us dive straight into the life of this man and his “unconventional” romance which over the course received all kinds of abuse and criticism. Although they said the viewers have also been showering them positive comments in regards to their “quick wits, passionate love, and unabashed openness.”

Shane Burcaw, from Pennsylvania, was born to his parents: (dad) Jon Burcaw, possibly a musician, and (mom) Susan Varga Burcaw.

Susan, per his Facebook bio, lives in Bethlehem, Pennsylvania. She studied at the Lock Haven University of Pennsylvania and went to Pen Argyl Area High School.

Susan keeps sharing the childhood memories of her two boys: Shane and his brother, on the internet.

Andrew Burcaw — the brother of Shane Burcaw — studied at the Lock Haven University of Pennsylvania. He is happily married to Laura Burcaw. Additionally, the Burcaw siblings grew up thick as thieves. 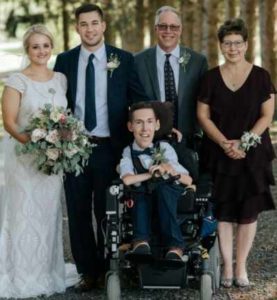 Shane Burcaw is grateful for his parents who provide for his expensive care through health insurance. He said they are his dedicated caretakers.

Before he started living with his girlfriend, at times when his parents weren’t present, Shane called on a network of friends and family who could tend to his needs.

Coming to his height, Shane Burcaw is reportedly 40 inches tall.

Shane Burcaw is one half of the hilarious YouTube duo Squirmy and Grubs, which he ran with his girlfriend-turned-wife, Hannah Aylward.

The YouTube channel with 704K subscribers on it— highlights what a relationship looks like when one person has a “disability” and the other does not.

The vlogging-pairs posted a daily Q&A session answering common questions about their relationship.

As for his solo net worth, Shane Burcaw was reported to own $750 thousand in the most recent probe.

Outside of his work as a blogger, Shane is also an entrepreneur and author. He authored the books Laughing at My Nightmare, the picture book Not So Different, and Strangers Assume My Girlfriend Is My Nurse. The latter one being the most latest release was put on sale, at some point in 2019, for $18.99.

Proving to live a full in a body that many perceive as a “tragedy”, Shane founded a nonprofit organization dedicated to providing adaptive technology to people living with muscular dystrophy as him.

On 4th September 2020, Shane Burcaw and Hannah Aylward took to Instagram the announcement of them being pronounced, the husband and wife. 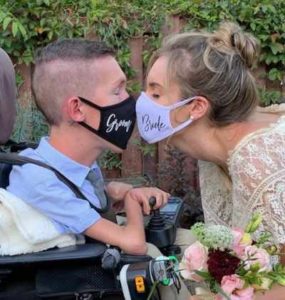 They got married in an intimate wedding which was officiated via Zoom. Hannah explained it was not the big gathering they had always planned on having, “but it was perfect”.

Also, Shane, who seemed as excited as the bride, said how he cannot wait to celebrate with his and Hannah’s families in person when the Covid-19 is no longer a threat.

They first met online about more than four years before they wedded. After dating long-distance, they moved in together in Minneapolis while Hannah also focused on finishing college.

And it was when she had finally got her degree from Carleton College that Shane popped the question. During a family party at the couple’s home, around June 2019, Shane had surprised her with a ring box.

In retrospect, it was Hannah who approached Shane. Midway through her exams, she needed something to take my mind off her studies. So, she started watching documentaries on YouTube and soon started watching a film on Shane.

The film showed him in his wheelchair, going about his day to day life. Shane’s positive attitude and his sense of humor, despite the ailment he lived with, instantly captivated Hannah. And, before she realized what she was doing, she fired off an email to him, explaining how much she liked his writing (in his books) and how we shared the same passions and dry sense of humor.

This is not an ordinary romance we are about to talk! Hannah Aylward has been in a “loving and intimate...