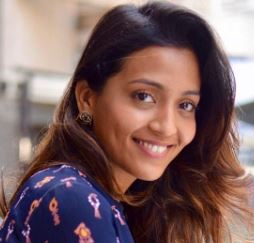 Meet Nirali Mehta, popular as the wife of the Indian actor Ruslaan Mumtaz.

In Feb 2021, as Netflix’s Nollywood-Bollywood hybrid Namaste Wahala was all set to premiere on Valentine’s day, its male lead Ruslaan Mumtaz had already caught the audience’s eye. They were curious to know if the actor was taken in real life and if he was, who was the lucky girl.

Thus, here we are letting you know that Ruslaan is long-married to the love of his life Nirali Mehta. Get to know all about her as this wiki continues.

Nirali Mehta was reportedly born in 1986. That made her 35 years of age in 2021; three years younger than her husband Ruslaan. She celebrates her birthday on February 9 and is of Aquarius zodiac.

For her 2021 birthday, Ruslaan took it to his IG to post a picture of them, captioned with a sweet birthday wish. Over which, he called her “my original chota baby” which translates to “my original small baby”.

Also, at the end of the day, Nirali tagged Ruslaan over IG captioned,

“Thank you love for always pampering me.”

Nirali Mehta was born to parents Rajeev and Preeti Mehta. They were married for over four decades and celebrated their wedding anniversary on March 3. Also, they were often featured over her Ingstragm — the last time we saw Preeti was on Mother’s day and Rajeev on his birthday October 2, 2018.

According to Nirali, her parents were “an inspiration of what an ideal marriage, companionship and what being a great team really means.”

Raised in her hometown Mumbai, Maharashtra, India, Nirali grew up celebrating “Raksha Bandhan” (a sibling rakhi tying Hindu festival) with elder brother Saumil Mehta. She shared that her sibling was always “extra special” to her and thanked him for always standing by her.

Trivia: Her brother, Saumil celebrates his birthday on November 14. Also, he was close to Ruslaan.

As of Feb 2021, Nirali entertained 36.1K followers over Instagram, and 1.2K followers over Twitter. Her posts were filled with pictures of herself with Ruslaan and kids. Also, Nirali was present over Facebook under the name “Nirali M”.

Nirali Mehta defined herself as “dancer by heart, wealth advisor by choice.”

In 2021, she was working as a financial advisor for the IDFC Bank in Mumbai for over 4 years. Before that, she also excelled in her job as the financial advisor at Motilal Oswal Securities Ltd from July 2013 to Feb 2017.

She started her career in 2007 working as a trainee at HDFC Bank and Citi Wealth Advisors later.

As for her education, Nirali attended Queen Mary School till 2003. Then she studied Economics (Hons) at St. Xavier’s College, Mumbai from 2005 to 2008. Finally, she graduated with MMS in Finance from Xavier Institute of Management and Research in 2011.

According to Ruslaan, as their kid “Chota Baby” was born during the COVID-19 pandemic, they were quite stressed during the delivery. Even nurses told him to go back home immediately. Overall, he was happy that his baby was delivered safely and prayed for all others who might have face the same.

As of 2021, the duo was doing well and happily married. Also, Nirali was close to her parents-in-law. She even had a picture alongside them over her IG.

Short info on Ruslaan Mumtaz: He is a Mumbai born Bollywood actor popular for his role as Dhruv in Kehta Hai Dil Jee Le Zara (2013). Also, he the son of actress Anjana Mumtaz.