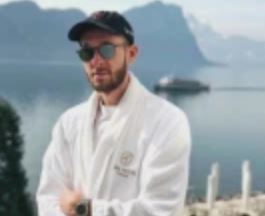 This Dylan Syer wiki revolves around the former personal shopper for Kevin Hart. Keep reading to find out his age, Instagram, and charges!

Melinda continued— “With Kevin’s stolen money in the defendant’s bank account and at his disposal, the defendant then purchased thousands of dollars of fine art and other collectibles, and at least five Patek Phillipe watches valued at more than $400,000”.

Dylan began working for Kevin around 2015. Reportedly, he started with small legitimate expenses for the comic before funneling cash into his personal account. Dylan also allegedly sent purchased items home via FedEx. The theft started in October 2017 and continued until January 2019.

How Did The Twitter React To The Dylan Syer Story?

While many were sympathetic toward Kevin hart, some were questioning why the media wasn’t sharing Dylan Syer’s mugshots.

@DonSoloo10 asked— “@TMZwhy are there no pics anywhere for this Dylan Syer guy you’re reporting about, y’all sure he even exists?”

Meanwhile, a person with the username @WorthyWomen1 wrote— “Kevin Karts personal shopper Dylan Jason Syer went 19 months on a shopping spree with $1.2 Million of his money, unauthorized. The media isn’t plastering his picture or police record as yet.”

Who Else Betrayed Kevin Hart?

2 years before Dylan made the headlines, the authorities charged Kevin’s friend J.T. Jackson with extorting the actor.

J.T. reportedly tried to extort Kevin using a video of the “Ride Along” actor cheating. He even tried to sell the “tape” to publications for millions.

Charges against J.T. were eventually dropped in 2019. The relationship between him and Kevin, however, remained strained.

Dylan Syer is a man accused of defrauding Kevin Hart.

As of February 2021, Dylan Syer was reportedly 29 years of age. He was born with the real name Dylan Jason Syer.

Per mylife.com, Dylan grew up celebrating his birthday on 12th April. Courtesy of his DOB, he is an Aries.

Dylan Syer, according to court documents, flaunted his ill-gotten wealth on Instagram. He would later limit his presence on the platform.