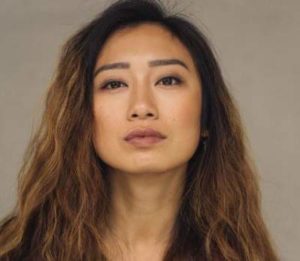 Meet the newcomer Jessica on Season 5 of Riverdale. While there were rumors the character would be played by Vampire Diaries actress Nina Dobrev, the recent episode of the show proved those assumptions to be false. Clearly, it is Canadian actress Phoebe Miu who took on the highly anticipated role.

Here’s a wiki-writing about Phoebe Miu.

Every year on Feb. 23, Phoebe Miu celebrated her birthday and turned 29 years of age in 2020. One can tell from the fact that her zodiac sign is Pisces.

Her father, Michael was considered as one of the most popular young actors of the 1980s. Born in Zhoushan, Zhejiang in China, he is kenned for his work in TVB’s Five Tigers and the 1983 TV drama The Legend of the Condor Heroes.

While Phoebe’s mother, one of the Five Beauties of TVB, also maintained a successful filmography career. Jaime met Michael Miu in 1981 while shooting for the TVB television drama You Only Live Twice. They began dating but separated a year later only to reconcile and get married in 1990. The pair went on to have Phoebe and her sibling, a son Murphy Miu (born 1993). 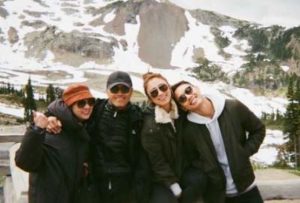 Phoebe Miu and the family spotted together in Oct. 2020 (PIC: Phoebe’s IG)

About Murphy: After graduating from a university in Canada, he has been working as a visual designer there. In Dec. 2020, he showed up in an underwear ad, posing in nothing but peach-colored briefs.

Both the Miu siblings now lived in Vancouver, Canada. However, it was not clear if Phoebe also lived with her parents.

Phoebe Miu entertained 17.5k followers on Instagram (until Feb. 12, 2021). Further, with a bio description, “Actor. Professional auditioner. Photographer. People watcher. Jaywalker. Popcorn connoisseur”, she could be found on Facebook as well as Twitter. But, she did not appear as much popular on those platforms.

Phoebe Miu attended Sha Tin College for her International Baccalaureate from 2001 – 2009. Soon after, she went to the University of British Columbia and studied Bachelor of Arts in Sociology. She graduated in 2013. During those years, she also grabbed some volunteering experience working with UBC Trek Program and Habitat for Humanity.

In the past, Phoebe worked for some time as a social media administrator at River Rock Casino Resort. For six years since 2015, she introduced herself as a photographer for Phoebe Miu Photography. And although she left the job, she continued to be a confounder and photographer at Limes & Lemons Collaborative.

And while she may be in some way entitled to her parent’s whopping riches, Phoebe might not be interested in it. She revealed in an interview sometime before that she “doesn’t want to be known as” her dad who has been a household name in Hongkong for a long time now.

“I don’t really want to collaborate with him, because [I want to] make a distinction between my public and personal lives. He is popular, but he’s also my daddy, which makes it different”.

Phoebe said this is why she didn’t want to start her showbiz career in Hongkong first even if it would have been a lot easier for her.

She even turned down the offer by TVB to compete in their Miss Hongkong pageant. However, this was more because she was studying in Canada at that time and she wanted to focus instead on her work as a photographer and cinematographer.

About Phoebe Miu Role On Riverdale

Phoebe gave a good surprise to Riverdale fans as she made appearances as Jughead’s (played by fan-favorite actor Cole Sprouse) new girlfriend, Jessica, in season 5. The CW had dropped the series’s fifth season on January 20, 2021. And, since the network also renewed the sixth renewal of the teen drama show on February 3, 2021, fans might get to see more of Phoebe’s character Jessica.

Phoebe Miu did not seem to be dating anyone, at the time. Even if she did have a boyfriend, she chose to keep her personal affairs under the carpet. Kudos to growing up in a famous household, she learned from her parents how to keep scrutiny eyes at bay.