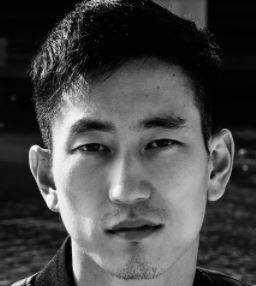 After entertaining us for years with his hilarious, and care-free role as Miggy Park on Single Parents, Jake Choi was back again to entertain us even more.

In Feb 2021, as American Housewife returned for its 5th season, a familiar face, Jake Choi appeared portraying J.D. — a young divorcee. Not much apart from his previous character Miggy (never married, but a young dad), Jake’s new role depicted an aspiring father who became fast friends with Katie and Tami.

Here is everything you need to know about him.

Jake Choi was 29 years of age as he appeared on American Housewife in 2021.

He celebrates his birthday on 14 January, and that makes him of the Capricorn zodiac.

Jake Choi’s parents were Korean immigrants. However, he was born and raised in Elmhurst, Queens, New York. Thus, Jake can speak fluent English and Korean.

Reportedly, Jake’s father left them while he was just 10 years old. Then, he and his sibling were raised by a single mother who worked hard to meet the daily needs. Though the stereotype thinking associated most Asian-Americans with higher education, Jake’s family fell on the other side.

Also, Jake confessed that for all his roles as a single father, he drew inspiration from his friends who were single parents; rather than from his mother.

Growing up, Jake’s mother always wanted him to be a doctor or a lawyer. But as Jake decided to pursue his calling as an actor, he was surprised by his mother’s support. Jake recalled that she just asked him to work hard as he revealed that he wanted to become an actor.

As for his hobby, Jake is a basketball fanatic. During his school days at Newtown High School, he participated in several tournaments, and as he went to university, Jake made it to the Yonsei University basketball team. Later, he would also go on to play in the Korean Basketball League.

Talking about his tattoos, Jake has inscribed “My Brother’s Keeper” over his chest, which is a reference to the Biblical story of Cain and Abel from the book of Genesis meaning the one who protects his brother. Also, he tattooed his name “jake” and roses below the words.

Below the rose, over his abdomen, there was a triangle-shaped tattoo as well.

Furthermore, over this left arm, he tattooed the word “FAITH” beside a picture of crosses. While on the other arm, he inscribed his grandmother’s name, date of birth, and date of death, a few Korean letters, and birds.

Reportedly, Jake was inspired to get tattooed because of the legendary rapper, Tupac.

By then, he was credited to almost 50 movies and TV shows. Mention some of the popular are:

As for his dream role, Jake shared that he would like to play either a boxer or a basketball player. For while we already know about his passion for basketball, his wish to play boxer derives because he thinks that it is such an unusual sight in American media. He believed that it might “cause interested individuals to become aware of more possibilities than what they were aware of.”

Though Jake might be a successful actor, his career wasn’t always so smooth sailing. He shared that he has had his share of racism in the industry.

In Feb 2021, Jake Choi uploaded a picture over his IG with a person who appeared to be his new partner. However, he didn’t reveal who this mysterious blue-haired person was to him. Judging by the caption, he might be hinting at us about the start of his new relationship. 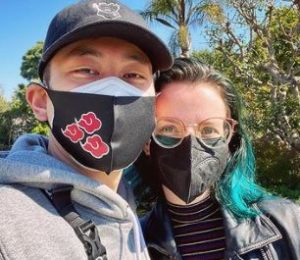 Talking about his sexuality, Jake came out as “sexually fluid” in 2018. He shared that it wasn’t until he played a gay man in the film Front Cover (2015), he made his determination strong. Furthermore, he revealed that he used to bartend at gay parties before getting his big break in Hollywood.

Since Jake is attracted to both sexes, we cannot say for sure that if he will ever take a wife. But as of 2021, he wasn’t married.