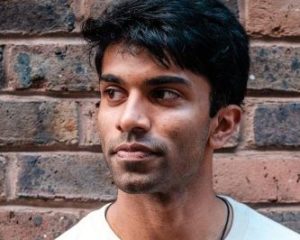 Are you laughing out loud with the new HBO Max comedy Starstruck? Well, we certainly are. Especially, when Jessie (Rose Matafeo) spent the night with the movie star Tom Kapoor (portrayed by our star for the article Nikesh Patel) and emerged from his apartment in the morning as paparazzi yelled “It’s just the cleaner!”

So, aside from the protagonist, did her romance interest Nikesh Patel (Tom) intrigue you enough? Then you have come to the right place. Stay till the end to learn all about him.

Nikesh Patel flaunts a British-Indian ethnicity. He believes that Indians in the UK have historically benefited from systemic racism (hinting to divide and rule to place South Asians as “superior” to Black people).

But Nikesh always was unsatisfied with racism overall. So, when the “Black Lives Matter” movement started in 2020, he became a patron for a Black Ticket Project and voiced his support over socials.

As for his religion, Nikesh Patel is Hindu though and through. He celebrated Hindu festivals like Diwali, and Raksha Bandhan, and adored “desi” food.

In 2016, he was even invited to join The London Hindu Gujarati Network that focused on “socializing, community, and all things Gujju.”

Nikesh Patel’s parents were pharmacistS and the one career advice they gave him was, “don’t be a pharmacist.” But when they referred to not becoming a pharmacist, they didn’t think that their son would choose to become an actor. However, they were very supportive of Nikesh’s decision to join a drama school, “despite not understanding what it entailed.”

As of 2021, Nikesh’s mother was enjoying her adventures at the age of 63, while Nikesh’s dad was going strong at 64. Also, both of them often appeared over Nikesh’s IG. Especially on their birthdays — dad: August 19, and mom: September 27. 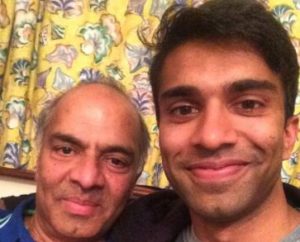 Talking about his siblings, Nikesh has a sister named Roshni Patel. He recalled her to be a “boss-eyed baby who turned into a beautiful, badass woman.”

Nikesh Patel stands tall at a height under 6 feet (182 cm). He is around the same height as his Starstruck co-star Rose Matafeo who is 5 feet 10 inches (178 cm)

His distinct features include a chiseled jawline and brown eyes. Also, he has a thick Wembley accent.

His first step towards stardom started back at University when his friends asked him “have you thought about drama school?” and instinctively, he replied, “what is drama school?” Nikesh always wanted to do something different from what his Asian peers wanted to, and this was the answer.

But before he ventured into acting, Nikesh wanted to be a journalist. He even explored an internship where he realized that he’d rather work on an art desk.

In light of his education, Nikesh graduated with BA in English Literature and went on to train at the Guildhall School of Music and Drama. Reportedly, he graduated from Guildhall in 2010 with the school’s Gold Medal for Acting that year.

Some of his popular movies, theatre, and TV shows include:

Nikesh Patel Partner: Is He Married Or Dating?

No, as of 2021, Nikesh Patel wasn’t married, and information about his past partners wasn’t available. However, Nikesh did reveal his girl crushes and talked about all the complexities of all things like love and romance.

It seems that the Starstruck star “really fancied” Louise Nurding from a girl band called Eternal in the UK. “She’s just really hot,” he added.

Apart from that, Nikesh also shared that he didn’t have a particular rule on whether or not he would date someone who isn’t up in the lights. Although he agreed that having someone “who understood the challenges of his profession” had its benefits, the actor also acknowledged “certain couples are chalk and cheese and they work, and sometimes it’s great.”

Relating to his role in Starstruck, Nikesh remarked that two things could be challenging in a relationship — maintaining privacy, and having enough time. Moreover, for people like Tom (his character) and surrounded by people telling you “you’re amazing” all the time, Nikesh gave them a piece of his mind — to not “fall into this trap” and not be a “dick”.

Meanwhile, Nikesh seems to have overcome the challenge of “maintaining privacy” in dating life. None of his socials had a hint about his romance or a possible girlfriend before 2021. 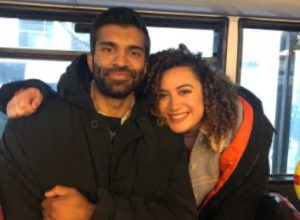 As for his Starstruck love interest Rose Matafeo, the two didn’t seem like they were dating off-screen.

But while Nikesh may not talk about his love life or any plans to get married, he did seem to enjoy a good wedding. In July 2016, Nikesh was spotted at his best friend Aidan’s wedding in Studland Bay House. Overjoyed, he even took it to his IG with a long caption to wish Aidan the best.