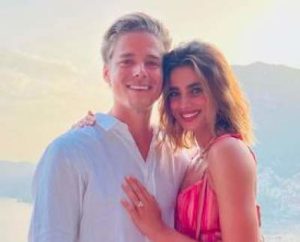 Find out more in this Daniel Fryer Wiki.

Reportedly born in 1994, Daniel Fryer should have reached the age of 27 sometime in 2021. His birthday, however, was not discovered before June 2021.

The only time we heard about Daniel’s family was when they joined Daniel and his soon-to-be bride for their after-engagement celebrations. They were spotted posing with the newly engaged couple against the cliffs and sea in Italy. 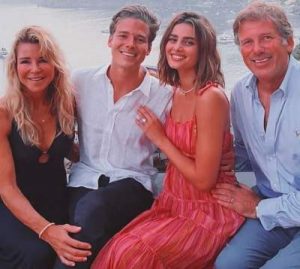 The fan page of Taylor Hill @taymeesus had captioned “Taylor with her fiancé and his parents 😭” to the picture.

Also, Taylor’s family including her sister, Mackinley Hill, who is also a model, were the attendees on the occasion.

Mackinley had also posted an image of the day on her social media. To, her sister Taylor beaming ear-to-ear as she held up her ring for a closer look, Mackinley wittingly wrote: “She said yes… not to me…”

In addition to these, celebrity friends including Bella Hadid, Lais Ribero, and Martha Hunt, also chimed in their congratulations.

Until June 27, 2021, Daniel Fryer had 355 followers on his Instagram @dannyenglish. Unlike his partner Taylor who boasted 16.1 M followers on her Instagram @taylor_hill, Daniel kept his private affairs to himself. If not he shared them with only his followers as he maintained a private account.

Also, at the time, he did not seem to be on other social media platforms.

Daniel Fryer had saved an estimated $1.5 million net worth before 2021.

Profession-wise, he is involved in venture capital and private equity. So, according to MERGERS & INQUISITIONS, someone like Daniel made a salary + bonus and carry: total compensation was likely to fall between $150K – $200K to $700 – $2M from their job in investment banking, private equity, or hedge funds.

Also, the DailyMail reported: Daniel is a cannabis entrepreneur who runs the research company Arcadia Analitica and is a principal in the London-based firm Cannatlantic.

Between 2017 and 2018, Daniel worked several jobs as a director of European Development at MPX International Corporation in Geneva, Switzerland, as an advisor in Arcadian Capital, in the Finance and Corporate Development at MOXIE™, and also in the Film Finance at Cross Creek Pictures.

Also, before that, he was an Analyst at J.P. Morgan and intern at Richemont, Working Title, YTL Communications Sdn Bhd, Bank J. Safra Sarasin.

For his education, he studied B.S in Business Administration and Finance at the University of Southern California – Marshall School of Business. He also went to Eton College in the United Kingdom.

That been said, Taylor, who was named Model of the Year at the Fashion Media Awards in 2015 had a net worth of $6 million by 2016. She was discovered in 2011 at the age of 16. Then, she walked the Victoria’s Secret Fashion Show for the first time in 18. At the time, she was the youngest model on their rotation at the age of 18.

A gymnast-turned-model Taylor Hill made her engagement with Daniel Fryer sharing the happy news the very next day on Instagram. The moment she shared online was a snap of her Daniel getting down on one knee. While Taylor, who has signed with Jim Jordan of White Cross Productions, Ford, IMG Models in her career, looked overwhelmed as she covered her face with her hands. 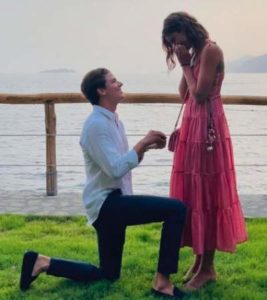 Taylor, then, also showed off her large emerald-cut diamond ring in close-up. The elegant-looking band also had two smaller triangular diamonds on either side.

The pair have been spending some time in the gorgeous Italian town of Sorrento before the world knew they were engaged.

At the time of this writing, their “how we met” story and detailed intel on their relationship dynamics were yet to be told. All we know is, the duo was first linked back in February of 2020. They were spotted holding hands around Los Angeles. Following Taylor’s split from former long-term boyfriend Michael Stephen Shank, Just Jared had associated the IMG model with Daniel.