Darion Crawford Wiki: Put A Ring On It, Age, Height 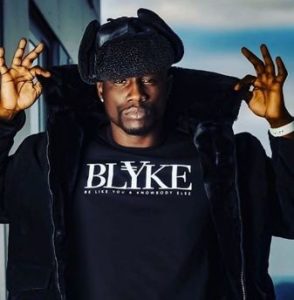 Darion Crawford is a rapper, businessman, and now a reality star starring in season two of Put A Ring On It. He and his on-&-off girlfriend Alexia Adams will be joining the show to clarify the situation of their relationship.

Tag along with this Darion Crawford Wiki to learn more about him.

In 2021, Darion Crawford turned 41 years old. He celebrates his birthday every year on 23 May. Furthermore, he secured Gemini as his zodiac.

Darion T Crawford was born to his anonymous father and his mother Jennifer Crawford-Williams. His parents raised him in his hometown of Albany, Georiga, the United States. Besides a few Facebook posts where he shared that his father was very proud of him, Darion shared no further details on his father.

Sadly, Darion’s father passed away a while back.

Jennifer has worked as Companionship Personal Care Assistance starting from September of 2020.

Coming back to details on her family, Darion has brothers named DaVonte Bernard Williams and Darimy Tremaine Crawford, and a sister named Daphane Briana Williams.

Furthermore, Darionis also on Facebook with where he is friends with 4.9k people. He posts on the platform regularly.

Field Mob’s Darion Crawford sits on a total net worth of $1.5 million.

Darion Crawford initially rose to fame as one-half of the American rap group called Field Mob. The group was formed in Darion’s hometown of Albany, Georgia. The other member of the group was Shawn Timothy Johnson better known as ‘Shawn Jay.’

The group was signed to the T-Pain record label Nappy Boy Entertainment. They were managed by La’ Roc Management Group owned by Christopher King grandson of B.B. King.

At the very start, the group was signed to Southern House Records. They recorded and released their debut single Project Dreamz. The single attracted attention of MCA records. Field Mob released their debut album 613: Ashy to Classy that earned critical claims from several outlets including The Source.

After the huge success of the group, they also released From tha Roota to tha Toota.

Then the group signed with Disturbing Tha Peace in August of 2005. The hip-hop act appeared on Ludacris Presents: Disturbing the Peace, a collaborative album to introduce new artists to the label. On the label, the group released Light Poles and Pine Trees in June of 2006. The album celebrated its 15th anniversary in June of 2021.

While on the label, Smoke and Shawn Jay were also embroiled in a controversy regarding a video with the two rappers disrespecting New York rappers. In the video shot by the label’s cameraman, Jay-Z, and Nas for a rap battle.

Darion also pursued a solo career under Chevy P’s stage name and released an album titled Caprice Classics under the record label Mpire Records. Leaving his rap career behind, Darion is the CEO of B.L.Y.K.E Lyfe. The company released merch under the same title.

As for Darion’s education, he attended Monroe Comprehensive High School.

Darion also ran in trouble with the law back in October of 2015. He was being held for violating his probation from 2002 conviction on cocaine possession and driving on a suspended license. He was ordered to pay 45 days in jail with credit for time served since October.

Darion Crawford And Alexia Adams: Put A Ring On It, Any Kids Yet?

Darion Crawford’s dating life is not as public as his career. Nevertheless, he dated a few women with whom he had three kids: Daria, Laura, and Dylan. As a good father, he keeps his kids very close to him and looks after them.

In September of 2019, Darion shared about his oldest daughter Daria getting her 1st job at Cracker Barrel.

Darion and his girlfriend Alexia Adams together in March of 2021 (Pic: Alexia’s IG)

As for Darion’s current relationship, the rapper is dating Alexia Adams. They have been on and off for over 14 years. Not only that, but the couple also moved in together recently in 2021.

So, Alexia has a bigger plan of obtaining that wedding from Darion but the rapper doesn’t seem to entertain the idea at all. Regardless, the couple seemed very happy with each other.

Together, they debuted in season two of Put A Ring On It. They joined the season with another two couples who went through a nine-week experiment that involved dating other people to see if they were actually meant to be or not.

2 Replies to “Darion Crawford Wiki: Put A Ring On It, Age, Height”