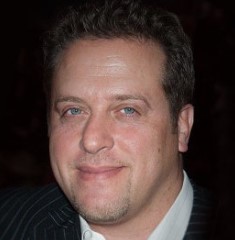 Chris Laurita was just a businessman before until he came to the reality TV show, Real Housewives of New Jersey — which completely expanded his recognition.

Dig deep into his wiki info to know more about Chris Laurita’s job, houses, and his relationship with Jacqueline Laurita.

Chris Laurita was born on the 4th of May that also happens to be his wife’s birthday. In 2019, he turned 49 years old.

Moreover, in his family, Chris has a lot of siblings. He has three sisters: Caroline Manzo, Dina Manzo, Cookie Laurita, and two brothers: Jaime Laurita and Joseph Laurita.

What’s more, his brother, Jaime is also an actor who has starred in movies like Sarah McLachlan: Mirrorball (1999), Madonna: Sticky & Sweet Tour (2010).

Until he came to Real Housewives of New Jersey along with his wife Jacqueline Laurita, Chris Laurita was just a regular businessman. He was and still is the president and founder of Velocity Brands Group.

As per Celebrity Net Worth, Chris’s estimated net worth is around $500k, thanks to his occupation as a reality star and a businessman.

Together with his wife, Chris owned houses in Las Vegas and New Jersey. 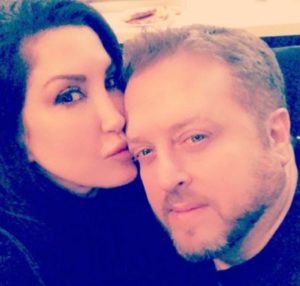 Chris Laurita and his wife Jacqueline Laurita on January 1, 2020.

He met his wife Jacqueline first at a trade show in Chicago. He barely got to know her at the event but was too interested in her. So, the businessman-turned-reality star invited her and some other models for dinner. Jacqueline joined the lot albeit with some hesitations.

That night, Chris sat beside Jacqueline and the pair talked about everything–from their family to career.

With every tick of time, their love for each other increased. Chris and Jacqueline eventually got engaged a year before Jacqueline moved to New Jersey.

Jacqueline is an actress — recognized for her appearance in movies like Mercy (2009), Bad Parents (2012).

Together, Chris and his wife Jacqueline have two kids; out of which both of them are sons. Their first son’s name is Christopher and he was born on May 24, 2002. The younger one name is Nicholas Francis who was born on June 11, 2009.

Thomas Manzo, ex-husband to Real Housewives of New Jersey star Dina Manzo came to the spotlight as he was...