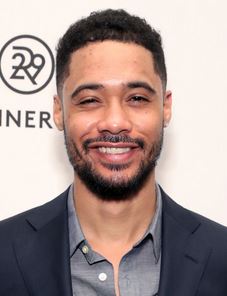 Beyond the breakthrough big, Langston became the center of attraction through his humorous comedy. On 28th September 2018, he released his first comedy album Lightskinned Feelings. His album was also named on 10 Best Comedy Albums on Vulture’s list. Also, Langston showed his talent on the big screen.

This article addresses Langston’s career pursuit, biography, and relationship facts along with a gay rumor!

Langston Kerman did not reveal his exact date of birth and birthday. However, on his appearance alone, he fell under the age group 33-36. That said, his zodiac remained a private affair.

Unlike his age and other details, he did not hide his parent’s details. Langston embraced mixed ethnicity as his mother was African-American and his father was white and Jewish.

Also, for his education, Langston attended the University of Michigan henceforth earning a bachelor’s degree in English in 2009. After receiving his degree, he started teaching poetry at his former high school for one year before receiving an MFA in poetry at Boston University.

Langston Kerman first entered the entertainment industry in 2014 after he worked for a small role as a student in the short movie Teen Saw. In the same year, he also portrayed the role of Freddy in the TV series My Crazy Love.

For some years, Langston only got a chance to portray small roles. However, he never backed out and worked harder eventually landing on a prominent role.

From 2016 to 2018, Langston portrayed the role of Jered in the TV  series Insecure. He also worked in High Maintenance, Strangers, Adam DeVine’s House Party, and Comedy Bang! Bang!

Moreover, on 18th September 2018, he got featured in Comedy Central Stand-up Presents special, Lightskinned Feelings. Circa 2020, Langston was still acting on the second season of Bless This Mess.

Furthermore, not only name and fame, but Langston also accumulated a decent chunk of net worth ($0.5 million).

No doubt, Langston Kerman won the hearts of many admirers with his talent and skills. Ever since his role as bisexual in Insecure, he became a subject of rumors regarding his sexuality. Many of his followers were curious to learn whether he was straight or gay. Nevertheless, the rumors concerning his sexuality did not have any roots, no matter how feeble. Many argued that Langston was as straight as they came.

Langston may be a very private person and gave very fewer insight details. Nevertheless, keen fans knew that he was married to a woman.

Everyone knows that Langstone is a very private man — however, he was not shy about flaunting his relationship with his girl. Around 2015, he began posting a picture together with his girl. So it can be safe to assume that he began dating her around 2015.

However, where and how they met was not known as Langston had not shared with the public.

Moving on two years after dating, Langston got on his knee and poped a question to his girl to marry him. Such a cute proposal made her awe-struck and even caused her to spill tears of joy — happily accepting his proposal. 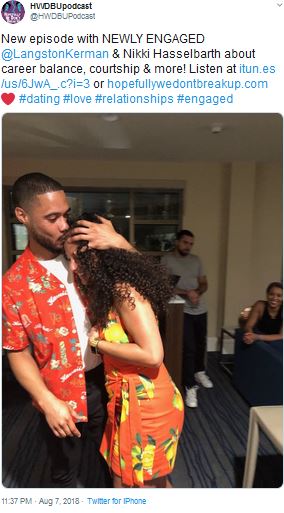 Well, Langston did not do any late and immediately shared his glorious moment on his Instagram account with his fans. Looking at his post, people could not contain their happiness and flooded his comment section and blessings.

With the new beginning of their life, the couple was also very set to get hitched.

Yes, you heard it right, Langston eventually became a married man. He exchanged his wedding vows and walked down the aisle with his long-time partner turned wife — who donned the name Mrs. Esquire on IG — on 6th October 2019.

Langston kept his wedding ceremony location private; however, he expressed his joy and shared his glorious day on his Instagram account respectively.

On their wedding day, Langston wore a black tuxedo with a black tie and his wife wore a white off-shoulder gown with a long white veil. 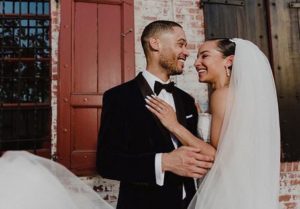 Langstone and his wife on their wedding day (Photo: Langston Kerman’s Instagram)

Inspecting wedding photos, Langston invited his closest friends and family members to witness them exchange their ‘I dos.’

Mollie Gates, a renowned costume and wardrobe designer in Hollywood, made headlines several times in the...