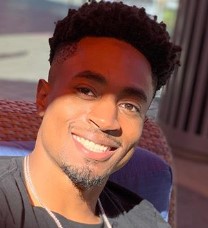 As CBS‘s dating show, Love Island premiered on Saturday on August 24, 2020, 11 single adults were ready to try out their best to win a partner and some big cash prize too.

One of the 11 singles ready to try their luck in Love Island is Tre Forte. In this article find out more about, Tre Forte, who has been a football player for Ohio State University in the past, and his general wikis, net worth, and dating life.

A personal trainer in the past, Tre Forte was born in the year 1994. Thus his age, as of this writing, was only 25.

Tre has been celebrating his birthday on every 12th of December since the day he was born. In his Twitter on December 12, 2012, he even wished a happy birthday to himself. His zodiac sign is Sagittarius.

Born and raised in Ohio, Tre Forte lost his father when he was still a child. Having lost his father so early, it was, of course, difficult for his mother to raise him and the other three children.

That is why Tre has the ultimate respect for his parents, especially his mom. He wished a happy Mother’s Day to her with a very sweet message along, on his Instagram. 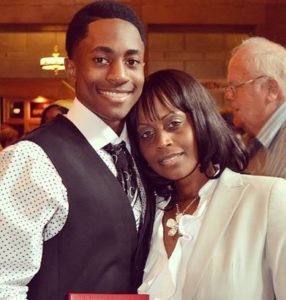 Tre wished a happy birthday to his mom.

Also, Tre believes he has to get the best out of him since his three younger siblings look up to him as a role model after his dad passed away.

As a personal trainer, even if Tre does not want to, he has to be around the gym most of his time. Even on his busiest day, Tre could find time for exercises and gym.

Tre Forte stands at an average height of 5 feet 8 inches with a very muscular body and has a weight of 79 kilograms. Any distinct features about him are not available on the Internet yet.

After Love Island premiered on CBS on the 24th of August, some of Tre Forte’s past tweets have surfaced out which placed him in the center of all controversies.

In 2013, when Tre was asked about how’d he feel “if all black chicks went to the white boys,” he replied, “we would not care cause we don’t them ha.”

Another tweet from around 2014 where Forte had tweeted, “I want my kids to be mixed with something else,” already put him in danger of elimination from the preliminary rounds of Love Island.

While the majority of Love Island fans were disgusted by these tweets, some fans also defended him saying that he was too young when he posted these types of tweets.

One Reddit user commented, “Well, that won’t be lasting long. Shouldn’t cast check for such stuff? smh.” Another Reddit user said, “Y’all I’m not like really trying to defend this but isn’t he 22? And these were 6/7 years ago?”.

For education, Tre Forte was enrolled at Ohio State University and graduated with a degree in business management. While he was in college, he played football for Ohio State Buckeyes. He walked in on the team as a cornerback in 2013.

Tre found a passion for exercise while he was playing football for Ohio State. He slowly began the training for his body transformation and in a short time, he was able to transform from a 145 pounds body to a muscular 190 pounds. As of 2020, Tre was working as a personal trainer for 4UFITNESS in Florida.

In 2020, Tre Forte was included in the cast of Love Island and is ready to finally find his true love. He is estimated to have a net worth of at least $100 thousand.

Even though might have lost his competitive mindset in football, but he’s still got nature to compete for a girl.

Given that Tre Forte had been single for almost four years by 2020, he seemed full set to earn a girlfriend, and a wife in the longterm maybe, in the dating TV show Love Island.