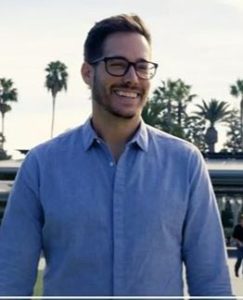 Tech-investor and M16 company co-founder Carter Reum found wide recognition on mainstream media when he got featured in a post oozing out romance. His love-interest was none other than model/hotel heiress/singer/fashion designer Paris Hilton. The couple was last spotted holding hands together at the 2020 Golden Globe after-party. However, the relationship was not confirmed then.

Along with the confirmation that arrived on 30 April 2020, all of the internets turned heads to know more about the new boyfriend of Paris. So scroll down this wiki and learn more about Carter Reum including his bio and career.

Carter Reum was born on 5 February 1981. He turned 40 years old while celebrating his birthday in February of 2021.

Also, the tech-investor is an American national whose zodiac sign is Aquarius.

Born Carter Milliken Reum to his father Robert Reum and his mother Sherry Reum, he grew up in a rural suburb of Chicago. Other than that, details on his parents successfully escaped public attention.

More on his family, Carter has an older brother named Courtney Reum and a baby sister named Halle. Forbes ranked Courtney in the “30 under 30” list.

Talking about Carter’s qualifications, he attended the Elgin Academy and graduated from the same in 1995.

In 1999, Carter joined Columbia University in the city of New York. He graduated Magna Cumme Laude from the university earning his Bachelor’s degree in Economics in 2003.

Tech-investor Carter Reum stands at a height of 5 feet 11 inches (1.80 meters). Moreover, he was estimated to weigh about 78 kilograms (171 lbs). Tallest among the two brothers, a well-built body with a hint of facial hair gave Carter a model-type desirable appearance.

Carter Reum was able to create quite a following for himself over the years. He had a verified Instagram account with 35k followers as of February 2021. Likewise, Carter’s Twitter account earned 82 followers but remained inactive on the platform since 2015.

Similarly, the investor Reum Brothers had a Facebook page with 2409 followers. The last post they ever made was two years before in January of 2018.

Soon after graduating from Columbia University, Carter Reum worked in Goldman Sachs as an Investment Banker. He stayed there for 2 years before quitting in August of 2006 to start his own company.

Consequently, in 2007, Carter and his brother Courtney joined forces to found a liquor company named VeeV Spirits, LLC in Beverly Hills, California. The Reum Brothers borrowed about $125,000 from their relatives to fund the start-up. In 2011, the company was ranked among the 250 fastest growing companies and brands in the United States.

Along with that, Carter explored further business prospects as an Angel Investor. He mostly looked forward to investing in consumer, tech & innovative content. In June 2016, he co-founded the M13 company. The venture firm invested in Lyft, Ring, Slack, and Daily Harvest.

Besides businesses and startups, the Chicago-native entrepreneur also contributed as a writer. He was a contributing writer in Inc. Magazine. In 2017, he stepped up as a member of the board of trustees for the Los Angeles County Museum of Art. Carter has also performed actively as a board observer in Daily Harvest since 2017.

In 2018, Carter and Courtney co-wrote a book titled Shortcut Your Startup.

Carter Reum went viral on social media on 30 April 2020. Paris Hilton featured Carter in her Instagram handle while she was making the relationship a long-awaited Instagram official. 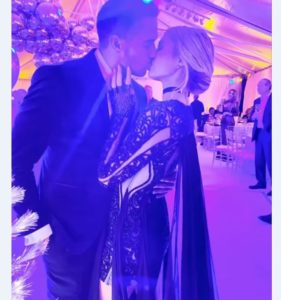 Furthermore, sources reported to E! News that they met each other through a friend a year before. The post suggested the couple WERE dating for a few months.

A separate report noted Paris and Carter knew one another for 15 years before they started dating. At a Thanksgiving party hosted by Carter’s sister, they bonded.

Carter and Paris — his prospective wife — were first spotted packing on the PDA in January of 2020. They were attending the 2020 Golden Globe Bash of Warner Bros. and inside the InStyle.

Before Carter, Paris was engaged to be married to her ex-fiance, Chris Zylka. But she called off the engagement in November of 2018.

In late-August 2020, Carter and Paris celebrated their anniversary at Nobu in Malibu, California. Later that night, the socialite penned a heartfelt message, waxing poetics about their romance. Several weeks earlier, Paris shared Carter had gifted her a puppy.

Referencing the Coronavirus pandemic, Paris then declared her relationship with Carter “meant to be”.

Per Vogue, Carter asked Paris to marry him on 13th February 2021. He did so with an emerald-cut diamond ring designed by Jean Dousset.

Shortly after accepting Carter’s proposal, Paris expressed excitement over the next chapter. By her admission, their relationship was one of the equals. The socialite also admitted Carter was worth the wait.

Paris Hilton’s Youtube documentary titled “This Is Paris” premiered on Sept 14, 2020. And...