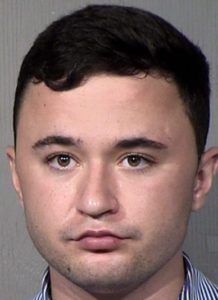 When Unexpected star Max Schenzel impregnated his high-school girlfriend Chloe Mendoza at an age of 18, he dreamt of a near-perfect life for him, his girlfriend, and their child.

As reality is often disappointing, his long-struggle with addiction shattered the perfect life he had dreamt for his then-girlfriend and his daughter, Ava.

Max’s struggle with addiction has also led him to commit several felonies, for which he even spent almost half a year in jail. Find out if his time in jail did any good for him in the wiki-article below. Also, learn about Max’s age, mom, job, jail sentence, and girlfriend.

His birthday, however, is unknown at this time. As a result, his zodiac sign cannot be figured out.

Max Schenzel was born and bred in his hometown in Gilbert, Arizona, and acquired education from Desert Vista High School.

If you didn’t know, Max Schenzel lost his mom to substance abuse while he was fairly young.

To talk about Max’s dad Todd Schenzel, well he has a criminal history like his son. The 53-year old Todd was arrested for several charges including theft, forgery, issuing bad checks, and spent 18 months in jail from late 2008 to the beginning of 2010.

For a reality TV star, Max has an impressive social media reach. The unexpected star had 61.6 thousand followers on his Instagram handle and 1.79 thousand subscribers on the YouTube channel as of March 2021.

The reality TV star Max Schenzel stands at an average height of 5 feet 9 inches. Meanwhile, he weighs no more than 80 kilograms. Furthermore, Max’s distinctive physical features include brown hair and eyes, and tattoos on his chest.

When Max first heard about Chloe’s pregnancy, he obviously knew that the whole process was not going to be cheap.

As a dad, Max did everything in his reach to provide for his daughter, even if it meant working as a chef at a local Benihana’s location.

Other than appearing in Unexpected, Max also worked in sales after his jail stint. Given that a sales representative earns roughly around $65 thousand per year in Arizona, Max’s yearly salary should be somewhere around that mark.

Furthermore, Max’s net worth was reported to be around $100 thousand as of March 2021.

Max found out that his high-school sweetheart was pregnant when he was 18. The pair gave birth to a beautiful daughter, Ava, in the same year. 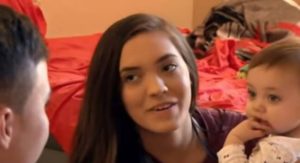 Max, his wife Chloe Mendoza, and their daughter Ava in the TLC show Unexpected.

Together, the adorable couple also decided to share their beautiful journey with the whole world through the TLC reality show Unexpected.

Max and Chloe ultimately broke up due to the toxic nature of Max. With the breakup, Max’s ex-girlfriend Chloe received all custody of their daughter, Ava.

Though Max claimed to have been sober for a year, his ex-girlfriend Chloe did not believe him and refused to provide partial custody rights to him.

This move by Chloe obviously infuriated Max and on Wednesday, March 4, 2021, Max was in some mood for a lengthy Instagram rant as he went after Chloe, her family, and every other person who thinks negatively of him.

Who Is Max Schenzel Girlfriend?

One of Max’s defenders who believes that Max has been clean since he was arrested in February 2020 is his girlfriend, Cassandra.

Showing support to Max in the tough times, Cassandra, through her social handles, said that Max has been sober for a long time. She even revealed that she lets Max play with her 3-year old autistic son.

To quote Cassandra’s own words, it goes like this: ‘Damnnnnnnn I didn’t know yall knew max personally and actually live with him?!…  I let max around my 3-year-old AUTISTIC son and he is AMAZING to my son and my son LOVES max. Max Schenzel im hella proud of you and you’ve made it so far. Don’t let some dumb*ss wannabe know it alls ruin your sobriety and your progress.”