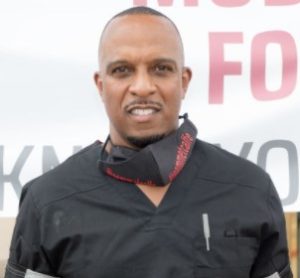 It’s always interesting to look at how people balance their work, personal life, and social circles, even more so when those people come from a medical background.

That is why Bravo‘s reality TV show Married to Medicine shot to popularity in the first place. The show features the lives of seven women, four of whom are doctors and the rest three are doctors’ wives, as they try to manage their work-life and personal life.

Contessa Metcalfe is one of the cast-members of Married to Medicine. In this article, however, we will talk about relatively unknown Contessa’s husband, Dr. Scott Metcalfe. Find out about his age, net worth, and married life.

Dr. Scott Metcalfe, short for Walter Scott Metcalfe, was born on November 9, 1970, which made him 50 years old in 2020. The general physician celebrates his birthday on the 9th of November.

On his 50th birthday, Scott’s beloved wife Contessa even made an entire video and posted it in her Instagram video to wish him a happy birthday.

Though Dr. Scott Metcalfe lives in Atlanta, Georgia now with his family, he was originally born in his hometown of Baldwin, Michigan.

The Michigan native grew up in a big family, consisting of his parents, Letha M. Metcalfe (mom) and Uel Othello “Bubba” Metcalfe (dad), and 8 siblings. Furthermore, Scott’s mom passed away on January 28, 2014, at an age of 85. Whereas, his dad is still alive. The duo has a great relationship with him.

Among his 8 siblings, Aletha and Bernice have been featured on Scott’s Instagram as well. Bernice is a retired worker from General Motors whereas Bernice pursues a career in psychology.

Coming to Scott’s education details, he was a stellar student from the very start. For undergrad, he studied at Michigan State University and obtained a bachelor’s degree in Biological Science in 1993. Furthermore, Scott earned his Doctor of Medicine degree from Wayne State University School of Medicine in 1999.

General physician Dr. Scott Metcalfe stands at a towering height of 6 feet and weighs no less than 85 kilograms.

As for his distinctive physical features, Scott has a bald head, black eyes, and a muscular body.

For a physician and a reality TV star, Scott has a fairly massive social media reach. Though Michigan native is available across all social media platforms, he is most active on Instagram.

Upon graduation from Wayne State University School of Medicine in 1999, Scott did not immediately turn to hospital practice.

He took some time until he was sure himself that he was ready for some work. In 2006, Scott joined QTC Medical/Gold Standard Healthcare as a physician and has been working there ever since.

Through hospital work and a reality TV career, Dr. Scott Metcalfe has made some big bucks. Reportedly, his net worth was estimated to be around $1 million.

Worth Reading: Who Is Riko Shibata? Wiki, Job, Age, Ethnicity, Net Worth

Though not much is known about how Dr. Scott Metcalfe and his wife Contessa met for the first time, they likely began dating with the help of their common profession, which is medicine.

In case you did not know about Contessa already, well she is a doctor, entrepreneur, and Married to Medicine star who is fun, adventurous, and romantic unlike most of the people in her profession.

To talk more about the adorable couple, Scott married his sweetheart Contessa in May 2005. The pair even celebrated their 13th wedding anniversary by making an Instagram post on May 29, 2018.

Scott’s wife Contessa uploaded a picture from their wedding and simply captioned it “Happy Anniversary” to mark their 13th wedding anniversary. 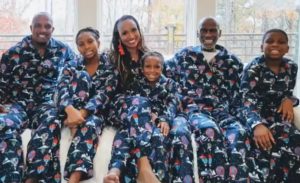 Scott in a frame with his wife, his three kids, and possibly his dad.

Scott and Contessa are also blessed with three kids–one son and two daughters. Two of their daughters, Lauren Metcalfe and Laila Metcalfe, were available on Instagram whereas their son was absent from social media platforms as of March 2021.