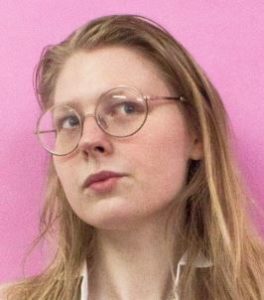 The Great Pottery Throw Down is all about finding out Britain’s finest ceramic craftsperson. But without the efforts of equally skilled technicians working behind the scene, the show would be nothing. One of such not-so-behind-the-curtain technicians was Rose Schmits.

Rose was the kiln girl for the show. Read all about Rose Schmits below, including her age, job, romantic partner, etc.

Since her birthday was unknown, her zodiac sign was also unknown.

Rose Schmits is from Delft, a city in the south Netherlands, near the city of The Hague. Although she currently lived and worked in England, her nationality was Dutch because she was born and raised in the Netherlands.

She only moved to England to pursue higher education, to study fine arts at City and Guilds of London Art School. In the end, she graduated with a BA degree with honors in Fine Arts in 2019. For the completion of her education, she showed an installation with 283 earthenwares.

Rose Schmits is a transgender woman and used the pronouns she/her. Her artwork was often an expression of gender identity. More about her art and the role of her gender in her art in the later sections.

Rose had a decent reach on social media as of March 2021. On Instagram, she entertained 8.5k followers. And on Twitter, she had almost 3.5k followers. She also had a Facebook account but there was not much there to mention.

Rose had only just reached the public eye. So, her social media reach might be on the increasing curve. It might rise spectacularly in the coming days.

Rose Schmits also had a profile on Etsy, which was a crafts-shop with handmade or vintage items. As of March 2021, she already had 104 sales and in the past few days was getting rave reviews.

Rose Schmits has a height of 5 ft 8 inches and a weight of around 59 kgs. Her distinct features include blonde-brown hair, blue eyes, and a pair of round-rimmed glasses, which she always wore.

Also, she has a husky, almost-manly voice.

Rose Schmits is a ceramic artist. Her love for pottery comes from her roots in Delft, which is renowned for its pottery. However, the real love of the art form actually came when she was studying for her BA in London.

After finishing her education, Rose became one of the founding members of Studio Pottery London. In her artwork, she fuses the traditional Delfti pottery and her own personal treatment.

Her art is an expression of her identity, both as a Delftian and a transgender woman. She takes the traditional white and blue ceramic with symmetrical structure and twist them to represent the malleability of human identity.

Rose had shown her artwork in her BA degree show, British Ceramics Biennial, Collyer Bristow Gallery, and Aubergine Art Gallery. Similarly, she had also won the awards like Art Monthly prize for critical writing for her dissertation.

Beyond her personal expression, Rose was also inspiring fans and other people regarding trans visibility and representation.

Furthermore, in January 2021, Rose announced that she was joining the cast for the new season of Great Pottery Throw Down as a kiln technician. Rose’s main job description was to operate the kiln and oversee the final firing of the pottery products made by the contestants.

The former kiln operator of the show, Rich Miller was promoted to judge and Rose replaced him as a new technician in the new season.

There were no exact reports regarding Rose’s net worth. There was some educated guess, which was assuming her net worth to be between $100 thousand to $300 thousand.

There was no mention of Rose Schmit’s dating life. She had never mentioned any partner in public and was always concerned about her art and the value of her art. She was not married as of 2021.