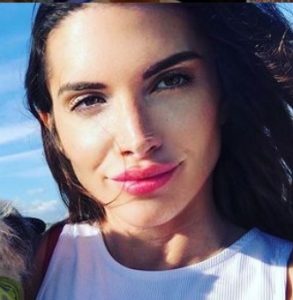 Elisa Ann Schwartz, popularly known as Elisa Jordana (stage name), is a multitalented personality who is best known for appearing on The Howard Stern Show.

In March 2021, the “Kermit and Friends” creator was all over the Internet as people got to know about her engagement with the troubled comic, Andy Dick.

Want to know about the lead-up to Elisa and Andy’s engagement? Join us as we break down their dating life. Also, learn about Elisa’s age, career, and net worth.

Though Elisa resided in Los Angeles as of March 2021, she was born and bred in her hometown of Old Bridge, New Jersey.

Elisa, whose ethnicity is white, has supportive parents (especially her dad). Whatever Elisa did in her career, her parents were always by her side.

The former Cobra Starship member is also very close to her grandparents. She posted a picture with them on her Instagram handle on September 6, 2018, with the caption that read, “Yay!!! My grandparents and me!!!!”

Reportedly, Elisa also has a sibling in her family. Her sibling’s identity, however, was undisclosed as of this writing.

Kermit and Friend’s creator, Elisa Jordana stood at an average height of 5 feet 6 inches. She weighed no more than 57 kilograms in March 2021.

For a TV personality, writer, and talk-show host, Elisa has a massive social media reach. She has the biggest number of followers that is 16.9 thousand on her Instagram handle, which is also the platform where she is most active. Furthermore, The New Jersey native had 3.6 thousand followers on Facebook and 1.4 thousand followers on YouTube in February 2021.

Elisa Jordana’s net worth is reported to be around $400 thousand.

For education, Elisa went to the Connecticut School of Broadcasting and studied Radio, Television, and Digital Communications. She also studied at Berklee College of Music for some time.

The TV star began her career in the entertainment industry as a keytar player for the dance-pop group Cobra Starship.

In 2007, Elisa left Cobra Starship to forge her solo career in music. After parting ways with the dance-pop band, she released singles like “Online Sweetheart,” “F*ck You, I’m Fine,” and an album called “Introducing Elisa Jordana.”

Elisa began her radio and TV career in November 2011 by debuting on The Howard Stern Show. After almost 12 appearances in the show, Elisa was hired to write comedy for the show. Outside of The Howard Stern show, she was a part of the Fuse TV‘s reality show, Redemption Song.

In 2016, Elisa made her film debut through the SyFy movie Sharknado: THe 4th Awakens. Furthermore, in 2017, she reportedly signed on to become a member of Bravo‘s reality show Vanderpump Rules.

Leaving The Howard Stern Show, Elisa created her own podcast series, Kermit and Friends. The show broadcasted on Spreecast when it was in its initial stage. As time went by, famous personalities like Andy Dick, Victoria Asher, William Quigley joined the show.

The news of Elisa Jordana and Andy Dick’s engagement broke the Internet as soon as the latter posted a picture of himself kissing the former on his Instagram handle alongside the caption that read, “Yay!!!!! Me and @elisajordana celebrating engagement and Kermit And Friends.” 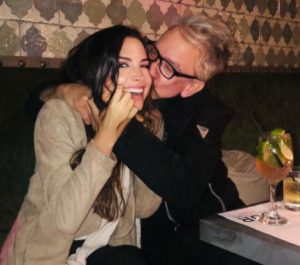 After Andy posted the news on Instagram, Elisa revealed Page Six about who proposed to whom and when. She told, “He asked me at 6 in the morning a few Sundays back, and I said yes.”

Elisa and her soon-to-be husband, Andy’s engagement was also discussed on the latest episode of Kermit and Friends. Though the adorable duo was expected to wed on a Valentine’s Day episode, the marriage could not happen as Andy did not show up.

Before Andy, Elisa dated The Howard Stern Show writer Benjy Bronk. The couple was together until at least October 27, 2019. Elisa posted a picture with Benjy and her dog, Kermit, on her Facebook page on October 27, 2019.