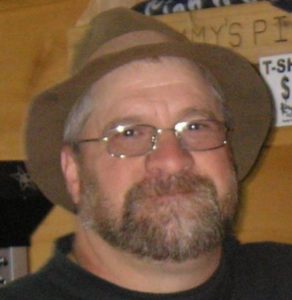 Ever since its inception in 2011, Discovery‘s American docudrama Moonshiners has been inciting controversy. It follows the lives of people who produce moonshine, illegal high-proof distilled spirits, in the Appalachian Mountains. Jeff Waldroup, the star of Moonshiners from Season 2 to Season 7, was one of the quickest to capture viewers’ attention through his liquor-making processes and stories.

More about the bootlegger in the article below. Get insights into his age, son, career, and married life through this Jeff Waldroup wiki!

Furthermore, the September 6th birthday of Jeff’s gives him Virgo as a zodiac sign.

Born and bred in the hometown of Robbinsville, North Carolina, Jeff Waldroup is close to his birthplace. Jeff had a great relationship with his parents William Phillip (father) & Laqueta Joy Hooper Waldroup (mother) while they were alive.

As a child, Jeff grew up around his siblings. Wendall Waldroup is Jeff’s brother whereas Teresa, Brenda, and Linda all are Moonshiner’s sisters.

For a reality TV star, Jeff had a decent social media reach. He was available on Instagram and Facebook as of March 2021. He had almost 3 thousand followers on his Twitter handle.

Furthermore, some people were connected to Jeff through Jeff and his son Lance’s shared social media accounts. The page titled ‘Jeff and Lance’s Carolina Moonshine” had more than 34 thousand followers by the end of February 2021.

By the end of 2021, Jeff Waldroup stood as tall as any person of 6 feet height. Furthermore, the Moonshiners star weighed no more than 88 kilograms.

Jeff’s distinctive features include grey hair, brown eyes, and glasses that he wore on several occasions.

A seventh-generation moonshiner, Jeff Waldroup is someone who belongs to a family where they treat making moonshine as a family tradition. While Jeff did not take moonshining as his primary career until he needed some extra finances, Jeff seems to be enjoying his profession quite well now.

Before appearing on Moonshiners, Jeff worked in two major jobs. Jeff was a qualified bulldozer operation and also worked as a logger before he could do moonshining.

Jeff joined the Discovery docudrama along with his son Lance Waldroup in the year 2012 while the show was on its 2nd season.

Before disappearing for a seemingly long time, Jeff appeared in 2019’s Moonshiners episode titled “Secret Backwoods Recipes.” Jeff also has acting credits for appearing in two episodes titled “Fails” and “Close Calls” for the 2018 season of Moonshiners: Shine on Shine as per his IMDB profile.

As viewers of Moonshiners already know, Jeff and his son Lance missed the entirety of Moonshiner‘s 8th and the 9th season.

While it is still not clear why Jeff missed the show for two years and whether or not will he rejoin the show, Jeff Waldroup made a decent net worth of $500,000 through his appearances in Moonshiners.

Jeff Waldroup is a husband to his wife of a long time, Lynn Cape Waldroup. Lynn, who was 53 years old in 2021, was born and bred in Graham, North Carolina. 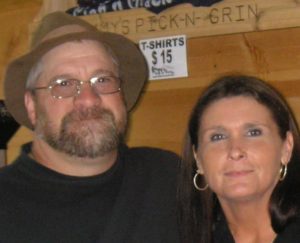 While not much is known about Lindsey and Lamar, Lance appeared in Moonshiners alongside his dad Jeff. Viewers of the Discovery show were worried about the Waldroup family when the father-son duo both missed the show for two years.

Their worry was not misplaced as sometime later the viewers of Moonshiners were hit with the unfortunate news that Lance Waldroup passed away on February 25, 2021, in North Carolina at the mere age of 30. 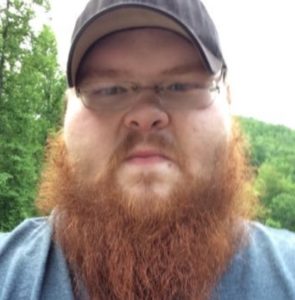 A still of Jeff’s son Lance.

The news was first shared by a Facebook page, jointly run for Lance and Jeff. Jeff’s message read, “We have some sad news to share with all of our friends and fans. My wife [Lynn Cape Waldroup] and I want to share with all of you the passing of our son Moonshiner Lance.”

On March 1, 2021, Moonshiners‘ official Facebook account also confirmed the news of Lance’s demise. The statement from Moonshiners Facebook account read, “We are saddened to hear about the loss of Lance Waldroup… He will be sorely missed. Our thoughts and prayers are with his family at this difficult time.”

Furthermore, Jeff and Lance’s joint Facebook page has also stated that the Moonshiners will pay a special tribute to Lance on upcoming episodes.

While numerous theories available on the Internet have tried to break down what happened to Lance, his cause of death was still a mystery to the public. Only time would tell the cause of Lance’s death and if Jeff would ever return on the show.