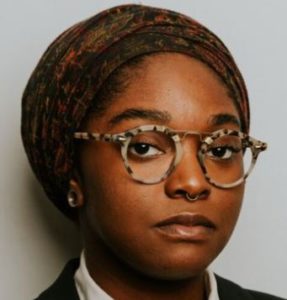 Mauree Turner made history when she won the election for the state House in Oklahoma in 2020. She became the first Muslim as well as the first gender non-binary state legislator in US history.

Read more about Mauree Turner and her historic victory this election season.

First, start with Mauree’s gender. As we said, Mauree was the first state legislator who openly identified as gender non-binary.

She was born and raised in a single-parent family. In her family, her father was incarcerated for years and her mother worked up to three jobs to provide for the family. Also, her family was a multi-religion family.

Her mother’s religion was Baptism and during her childhood, Mauree attended Baptist church and even sang in the choir. Her father was a Muslim. He converted his religion while he was in jail. Mauree eventually took her father’s religion and become a Muslim. She wears a hijab now.

Mauree had mentioned her brothers and sisters in her social media posts, but there was no other information about any of her siblings.

Mauree Turner stands at a medium height of 5 ft 6 inches and a weight of about 53 kgs.

When it comes to distinction, Mauree might be one of the politicians with the most distinctive physical features. First and foremost, she wears a hijab as well as large thick-rimmed glasses. Furthermore, she also had a nose ring.

As a politician, Mauree had to be very active in social media. She also had decent recognition and following across social media platforms.

On Instagram, she had 410 posts and 16.7 followers as of Nov 2020. Most of her posts (most recent posts anyway) were about her election campaign and her policies.

On Twitter, she had a slightly larger following, i.e. 25.5k. Similarly, on her Facebook page, she had 2.9k followers and 2.8k likes.

For her high school education, Mauree went to Ardmore High School and graduated in the year 2011. Afterward, for her college education, she went to Oklahoma State University in Stillwater. She graduated in 2018 with a Bachelor of Science degree in political science and sociology.

Mauree’s political career had started long before she finished her education. Even at her younger age, she used to attend political programs like LGBTQ+ advocacy conferences, HIV/AIDS awareness campaigns, etc.

Before running for the House, Mauree had worked with organizations like the NAACP of Oklahoma, Freedom Oklahoma. She was also one of the board members of CAIR (Council of American-Islamic Relations) Oklahoma. She was working for racial justice, reformation in criminal justice, religious freedom, queer rights, etc.

For the House elections this November, she first defeated incumbent Jason Dunnington in the Democratic primary. Then, she went on to win the election against Republican Kelly Barlean. Thus, becoming the first Muslim and the first non-binary lawmaker in Oklahoma and the US.

She ran for the House with the major policy of criminal justice reform, i.e. more rehabilitation based justice system rather than revenge and persecution based. Her other policies include social justice, queer rights, ease of access to public education and public healthcare, rights to mental healthcare, etc.

Now, let’s talk about Mauree Turner’s dating life. She was reportedly dating a guy who frequently appeared on her IG, but Mauree had never mentioned his name. Coming from the said IG posts, Mauree’s partner was a white guy with a beard longer than his hair.

It also appeared that Mauree and her partner went to college together, as they had a lot of mutual friends since their college days. Interestingly, Maureen did not have a photo of just her and her partner on her IG. Most of the photos featuring her partner were either his solo one or with their other friends. 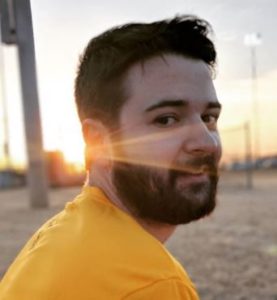 As of Nov 2020, Mauree and her unnamed partner were not married. Neither was there any indication of them getting married in the future. However, they allegedly had had a son already, out of wedlock.

Their son was reportedly born on 17 August 2019 and was already a year old when his mother won the House elections.