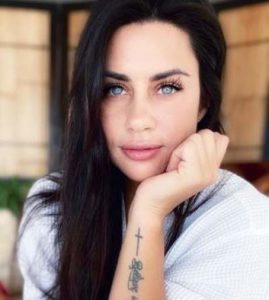 We remember Mattie Lynn Breaux from MTV’s The Challenge and Party Down South.

Lately (in November 2020), she created headlines rather for the ill fame. TMZ reported, she will be doing some jail time after pleading guilty to her third DUI (Driving under the influence).

Here’s everything you need to know about the incident and Mattie Lynn herself.

On 9th November 2020, the reality TV star pleaded guilty to the misdemeanor charge. So, it is said, she will face seven days (on weekends only) in the Davidson County Jail.

Reportedly, she was originally sentenced to a year in jail but the sentence was later suspended.

More to it, after her jail time is up, she will spend nearly a year on supervised probation, devoid of a driver’s license for the year.

Mattie’s DUI incident occurred in August 2019, when she crashed her vehicle in Nashville. At the time, Breaux told officers she had had two beers and had taken hydrocodone before driving. She also informed the officers about her two other DUIs in the past.

The Daily Mail reported: Mattie was driving her 2016 white Honda Accord in the early hours of 17th August, when she crashed into the median on Interstate 24.

Circa April 2014, she had a bench warrant issued for her arrest, because she failed to appear for a pre-trial hearing from a 2012 drunk-driving arrest.

She was born to her parents in New Orleans, Los Angeles in the United States. Her mother’s name is Janene. Sadly her father died when she was still in high school.

Mattie’s only sibling is a sister with the name Meggie.

Regarding her sexual orientation, everything in consideration implies Mattie Lynn Breaux was born a woman, not a transgender.

Maybe, her 6 feet stature has a lot to do with some of the people assuming otherwise.

Last heard in late-2019, Mattie Lynn Breaux continued her job as a bartender. She actually participated in the reality TV shows to win money to help pay off some of her debts, start her own business, and buy a house.

Mattie appeared on two seasons of The Challenge since her debut on season 33, War of the Worlds, in 2019. And it’s been proven, she made an impact in both. During the first season, she made it to the final but had to withdraw from the competition after the first leg of the final and thus came seventh.

But, because she was filming Floribama Shore, she did not make it to its follow-up season, War of the Worlds 2.

She returned for season 35, The Challenge: Total Madness. But this time, she did not make it as far, getting eliminated in the 11th episode.

She is also not in the cast for the forthcoming season of The Challenge: Double Agents, which is set to premiere on December 9.

Also, we know she was one of the cast members in the fifth season of Party Down South (a.k.a The Dirty South and Dirty South).

This way, Mattie Lynn Breaux landed a net worth of over $650 thousand, in the meantime.

Mattie Lynn teasing tweeted to her 138K followers on Twitter that she is single.

But a month before, during a January 2020 episode of the show Floribama Shore, she and Jeremiah Buoni had taken their relationship to the next level. That is, at a particularly rowdy 4th of July party at the beach house, they were seen canoodling in the pool after Mattie takes a few body shots off Jeremiah. They were shown especially cozy as compared to their previous scenes together.

Clearly, the two had formed a strong connection, despite Mattie saying in the beginning that she did not expect to have chemistry with anyone in the beach house.

We know the season ended on 20th January in 2020. So until today, no one knew if Mattie and Jeremiah stayed together and started dating.

Hopefully, the fourth season, expected to release in November this year, might just give us some cues.

Yet again sometime in April 2020, Mattie had talked of her good times with Jeremiah. She said:

“I’ve been single for so long I didn’t even know I had that … I’m open to new relationships and pretty much a go-with-the flow kind of gal. That kind of caught me off-guard, but I went in with an open mind and had some fun.”