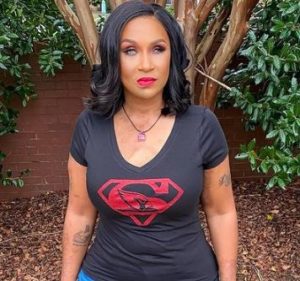 NFL star DeAndre Hopkins has a huge fan following and receives support and love from thousands of fans. However, his mother, Sabrina Greenlee, is his greatest supporter who arrives at the stadium for every single game.

Not only Sabrina earned herself recognition as a mother of a star athlete but also built a career as a motivational speaker derived from the tragedy she went through. She has a harrowing story to tell, so scroll down to learn more about what inspires her every day to become who she is now as a person.

After Sabrina Greenlee lost her husband, she grieved deeply but pulled herself together to start seeing someone else and moved on. But every relationship she indulged herself thereafter, felt like the life before she met Steve Hopkins, DeAndre Hopkin’s father.

But never in her wildest dreams, Sabrina imagined what was about to come in her life. In July 2002, one of the men she dated took her car without asking her. The pair were dating for nearly three months.

Her boyfriend at the time gave her the address from where she could get back her car. While he was apologizing, a woman came to her and poured bleach mixed with lye on her face.

Later on, Sabrina was taken to a nearby gas station. They poured water on her to clean-off the chemicals off of her face. Meanwhile, she drifted in and out of consciousness because of the reaction to it.

Following that, Sabrina was airlifted to a burn center in Augusta, Georiga. The doctors did their best to repair her face but Sabrina ended up losing her eyes sight.

Sabrina has undergone 20 surgeries in total related to her eyes and face ever since.

As for her attacker Savannah Grant, she was sentenced to 20 years in jail.

After the incident, the former high school cheerleader came home and shocked her children. Initially, she had trouble moving around but she got used to it and started doing a few chores around the house.

But, she fell victim to depression and started drinking heavily.

But it was DeAndre’s promising career as a football star that helped her get her life back on track.

Sabrina Greenlee turned 50 years old in April of 2020. She reportedly celebrates her birthday every year on 1 April.

Based on that, Sabrina Greenlee secured Aries as her zodiac sign and embodied character traits such as ambitious and hard-working individual, which perfectly suited her personality.

Sabrina Greenlee was born to her anonymous parents in Clemson, South Carolina, the United States. She grew up in a household where her father was an alcoholic and her mother was a crack addict, that made her early life very tough.

Regardless, Sabrina always praised Steve, for remaining as an icon and often commended him for staying honorable, true, and loyal.

Sabrina, her brother Terry Smith, and the other two late brothers were raised in their hometown of Clemson, South Carolina. The people she was close to passed away making her believe in the generational curse.

As noted by several news outlets, Sabrina Greenlee stood tall at the height of 5 feet 7 inches (1.70 meters). Whereas, she weighed about 78 kilograms (171 lbs).

Sabrina Greenlee proudly speaks of the hellish-incident she went through to inspire others. But, the one who operates her social media shares pictures of Sabrina before the incident, and she was beautiful. 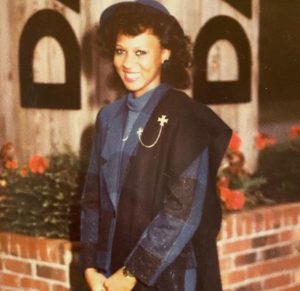 Sabrina Greenlee before she was attacked (Pic: Sabrina’s Instagram)

Every once in awhile, Sabrina refreshes people’s memory about how she looked before the incident. However, her fans compliment that she was beautiful in the past and is beautiful now.

But the difference is Sabrina came back even stronger and on a whole new level, motivated and strong.

As a businesswoman and motivational speaker, Sabrina Greenlee’s prominence thrived along with time. Her social media shelters an impressive number of followers as of this writing.

However, her presence was nowhere to be found on Twitter.

Sabrina Greenlee went through a lot after she lost her husband, Steve, and life after Steve proved to become even harder. To raise her children, she worked two jobs.

In the day time, Sabrina Greenlee worked in an automotive plant whereas, at night, she worked in a night club as an exotic dancer.

But in her late 20s, Sabrina accumulated quite an impressive amount of money adequate to buy a small new house with a driveway, her kids turned into a basketball court.

But when the horrific incident occurred, everything fell apart for Sabrina, once again. She quickly started doing odd jobs to support her family, instead of returning to the factory.

Sabrina and her daughter Kesha also sold drugs from their home.

But the year when DeAndre Hopkins was drafted, Sabrina founded a nonprofit named SMOOTH (Speaking Mentally, Outwardly Opening Opportunites Toward Healing). The non-profit assists survivor of domestic violence. She travels to college, schools, and summits to share her life story.

Moreover, April of 2019 came with the news that Sabrina’s story will be told through a film that is going to be produced by Bron Studios.

While Sabrina’s net worth remains unevaluated as of this writing, her NFL star son DeAndre pockets a total net worth of $25 million.

For most of Sabrina’s life, she found herself in abusive relationships. Before she met her husband, Harris Steve Hopkins, she had already been beaten four times and put in the hospital one time.

But, Steve changed all of that when the couple met each other when Sabrina was only 19. Speaking about her husband, she states that he was a respected drug kingpin in their hometown.

But tragedy struck once again when Sabrina Greenlee lost her husband in a car accident. The high school cheerleader and her baby survived the crash while her lover died on the spot.

Most relationship Sabrina was involved in thereafter, also came with abuse. What’s more, one of her relationships left her blind and scarred, and almost ended up taking her life.

As of this writing, Sabrina is the single mother of her four kids: Marchus Greenlee, Kesha Smith, Shanterria Cobb, and NFL star DeAndre Hopkins. Also, none of her social media hinted that she is dating a husband prospect at the time.