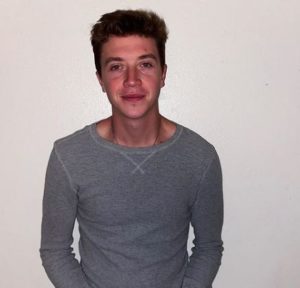 TikTok star and Montana native, Matthew Wurnig is known as the ’50 Dates 50 States’ guy and no further introduction is required. While his work has been widely shared, his other details were less covered.

Learn more about his education, career, and dating life with this Matthew Wurnig Wiki.

Matthew Wurnig started virtual dating during a pandemic and but it turned into something bigger later on. He shared in an interview, he shared that everything was turning virtual during the pandemic and he also got on the dating app Tinder. Matthew took notice that the user could put the location anywhere and connect with people from all over. 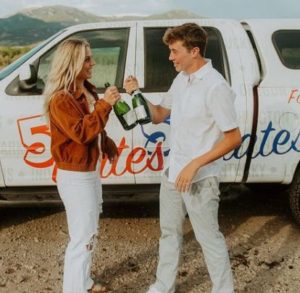 Matthew and his last date from his hometown of Montana (Pic: Matthew’s IG)

He took the dates he met on the dating app and connected with them virtually over Zoom. Then, Matthew started documenting the experience online through Instagram and Tik Tok. His TikToks started going viral then she quit his day job to hit the road with the mission, 50 Dates 50 States.

According to Matthew, each date could last more than one day was different. Plus, the women he planned everything from the date activities to the food.

His first date was in Wyoming with Emily Blaney. Matthew posted the snap of it on his IG on 15 January 2021. The date was followed by his second date with Molly Mickelson from Idaho, his third date with Niharika Phambota from Washington, and so on. His last date was with Cece Paharik from his home state of Montana which he completed in June of 2021.

Ever since then, Matthew has done several interviews and was featured on different print media.

Matthew Wurnig celebrates his birthday on 12 October. He turned 24 years old in 2020. Furthermore, he secured Libra as his zodiac sign.

Matthew Wurnig was born to his parents: Frank Wurnig (father) and Carmen Wurnig (mother) in Huntley, Montana, United States. Frank and Carmen moved to Oshkosh to run Turner ranch in the early 2000s. Besides, that there exists no information on his parents.

Frank Wurnig was born to his parents Albert William Wurnig and Henrietta Hall Wurnig, a county school teacher. Albert was a member of the Independent Stockgrowers of America. Frank lost his mother in 1973 and her father in 2009.

Carmen Wurnig was born to Clayton Nels Overland and June Moreland. Clayton owned a Mobil gas station in Whitewood and worked in the logging industry for many years for Garhart & Pool Timber, and worked in his own saddle shop and horseshoeing for years. Clayton passed away in September of 2020.

Talking about siblings, Matthew Wurnig only has one, Kaitlyn Mack. Kaitlyn worked for Bismarck Larks as an on-field host & sponsorship experience director and co-host of Studio 701. She assisted her Matthew 50 Dates 50 States as a head designer. As per her bio, Kaitlyn also helped with the logo and the merch and business graphics, and other behind the scene activities.

Matthew Wurnig can he discovered on all of the social media platforms widely used all over the world. He is on Instagram (@matthewwurnig) with 6,971 followers and posted 138 times on the platform until 17th July 2021. He is also on Twitter (@mwurnig) with 266 followers and 165 tweets.

Moreover, Matthew is also on Facebook and updates his profile on a regular. He also created a TikTok account (@50dates50states). He garnered 328.5k followers and 10.3 million likes for his posts.

50 Dates 50 States’ Matthew Wurnig is estimated to have a total net worth of under $150 thousand.

While in college, Matthew served in NDSU Wallman Wellness Center as a Referee for 4 months. He then became Concessions Assistant at Fargo-Moorhead RedHawks Baseball for 3 months. From May 2017 to January 2017, he also worked in Box Office in Scheels Arena.

Later on, Matthew worked for The Georiga Games as an event coordinator/Warehouse Manager Intern. He also worked for FARGODOME as an event service. His job was to make sure fans are in a safe and enjoyable environment by being knowledgeable, observant, flexible, and staying calm at all times.

After working for nearly two and a half years, Matthew joined Fargo Force as a promotions assistant. After quitting his job with Fargo Force, he joined Bismarck Larks Baseball Club as a marketing and promotions intern for 4 months and later worked as a Director of Fun and Community Impact.

But after quitting his job in January of 2021, Matthew founded and served as a manager of 50 Dates 50 States.

Besides the jobs, Matthew worked as a draft volunteer for NFL from April of 2018 to the present, Healthy Kids Assistant at YMCA of the USA, worked in Elmi Care Center for Fargo-Moorhead Redhawks Baseball, and volunteered as a manager of NDSU Men’s Basketball 2016-2017 Season for a little over a year.

Is Matthew Wurnig Dating Anyone?

Based on his Facebook, Matthew Wurnig is single and not in a relationship as of July 2021. This might be a surprising fact, provided that he was the guy who had 50 different dates in 50 states.