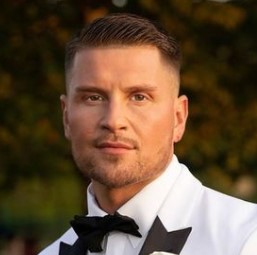 Now that the long-awaited second season of TLC‘s Unpolished was on the air, viewers couldn’t wait to see where the relationship between Bria Martone and her husband Matt Mancuso headed after their marriage.

In case you are the kind of person who is totally obsessed with Salon Martone co-owner Bria Martone’s husband Matt Mancuso, you have come to the right place. In some hundred words below, we will explore Matt’s career and personal life.

Sales Manager Matt Mancuso was born in the year 1992, which made him 28 as of Jan 2021. Matt celebrated his 28th birthday on May 27, 2020, with his wife and kids. His wife Bria even wrote a sweet happy birthday post on her Instagram for him.

According to his birthdate, his zodiac sign is Gemini.

Matt Mancuso was born and raised in his hometown that is Baton Rouge, Louisiana. Not much is known about his family except that his cousin’s name is Frankie Bryan.

Matt Mancuso stands tall at a height of 5 Feet 11 Inches and weighs under 84 kilograms. His distinctive physical features include brown hair and eyes and tattoos on his arms.

Matt maintains a decent social media reach as of January 2021. He is only available on Instagram and Facebook. He has close to 10 thousand followers on his Instagram handle.

Meanwhile, the Unpolished star is yet to join Twitter.

Matt Mancuso began his career as a Customer Service Representative at Sunbelt Rentals. He joined Sunbelt Rentals on July 7, 2017. On January 9, 2019, Matt joined Dynamic Construction as a Foreman/Project Manager.

As of January 2021, Matt worked as an Area Sales Manager at HILO Equipment and Services, which is located in Nassau, New York.

Matt Mancuso’s estimated net worth as of January 2021 is $400 thousand.

From a very young age, Bria was attracted to guys slightly older than her. At 14, she found her love in her now-husband Matt Mancuso, who was 19 at the time. That was when the pair started dating.

While Bria gave everything she could for her love, Matt did not fulfill his part. Matt cheated on her now-wife constantly. According to some reports, Matt was accused of using Bria’s credit card to take other girls to hotel rooms for sex.

Though Matt was believed to have been dating Bria for 10 years, that was not entirely true. The duo was on a break once for almost two years, and within that time Bria’s now-husband did not only get into a relationship with Jade Falzon but also impregnated her.

Despite the incident, Matt and Bria managed to love each other once again. In 2018, Matt proposed to Bria, which she gleefully accepted. While Bria and Matt’s happiness was immeasurable, Bria’s family was not too happy for her. 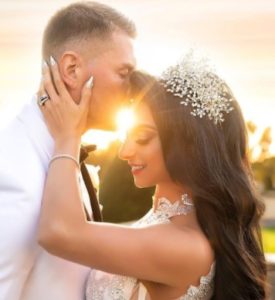 A still from Matt and Bria’s wedding ceremony.

Though Bria’s dad could not keep his promise because of his untimely death, her mom Jennifer managed to make the wedding grand to some extent. Several pictures from their wedding ceremony in September 2020 can be seen on Bria’s Instagram handle.

Matt and his wife, Bria went honeymooning all the way to Mexico. Now, Matt lives happily with his wife and twins sons, Ronin and Logan.

Matt Mancuso has twins sons with his ex, Jade Falzon. He and his Baby Mama, Jade dated each other while he and Bria were on a break. And it was during the same time, Matt impregnated Jade.

However, when Matt broke up with Jade later, he got full custody of his twins’ sons. Now that Matt’s wife Bria also likes twins sons, they all live together under a single roof in New York.