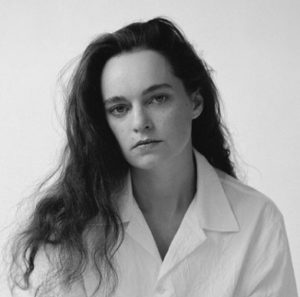 Canadian actor and producer Elliot Page, who formerly went by the name of Ellen Page, announced that he is transgender from his Instagram handle. Many actors, directors, and producers showed support to the Inception star in his announcement, but the support he received from his wife during this whole coming-out thing seemed unparalleled.

After the Juno actor announced going by the pronouns he/they on December 1, 2020, his fans began inquiring about his amazing wife, Emma Portner.

This article will explore the biography of Emma Portner. From her gender info to net worth and relationship with Elliot — this wiki has it all.

The award-winning dancer Emma Portner feels most safe in the gender category of ‘queer’. That means neither is she straight nor she is cis-gendered.

Emma through the art form of dancing has always aimed to smash gender norms. Most of Elliot’s lady’s choreography challenges society’s expectations with the use of androgynous looks, powerful movements, and black T-shirts.

Emma Portner was born on November 26, 1994, which meant her age as of January 2021 was 26. Born in Ottawa, Canada, Emma had a normal upbringing in a family of five.

She is very close to her father Don Portner and mother Heather Portner. Emma also has two siblings, namely Dylan and Quinn.

For education, Emma initially went to St Peter’s School before changing to Canterbury High School of the Performing Arts.

In the summers, Emma trained herself for dancing at the National Ballet School of Canada and Leeming Dance Works. At 16, Emma relocated to New York and began studying contemporary dance at The Alvin Ailey School.

Although Emma Portner choreographed a short film called Femme Debout, an illness stopped Emma from attending the short film’s premiere in August 2018. That being said, not a single detail about the illness ever surfaced on the Internet.

The amazing choreographer Emma Portner stands at an average height of 5 feet 3 inches and weighs around 53 kilograms.

Emma Portner was drawn toward dancing since the age of 3. Ever since Emma has been training herself hard to become one of the greatest dancers and choreographers.

Emma got her big break as a teenager. After she moved to New York, she met Matt Luck, a Los Angeles-based dancer. In 2012, they both choreographed and starred in a YouTube video called “Dancing In The Dark,” which has over 800 thousand views as of this writing.

Among those big numbers, one view was from hip-hop choreographer Parris Goebel, who was in search of a great dancer for one of Justin Bieber’s songs on his “Purpose” album.

Impressed by Emma’s performance, Parris offered an opportunity to star in Justin’s music video, Life Is Worth Living, which she gleefully accepted. The music video has garnered over 53 million views on YouTube as of December 2020.

The unexpected success of the video provided Emma another opportunity to choreograph a piece of Justin’s Purpose World Tour.

In an astounding career, Emma has won several awards and broke several records. At age 20, Emma was named Young Choreographer of the Year in 2014 by American Dance Awards. She also won the Capezio A.C.E. Awards. At the mere age of 22, Emma went to become the youngest woman to choreograph a musical named Bat Out of Hell on London’s West End.

Not only has Emma Portner won awards and made records, but she has also made a large sum of money in her dancing and choreographing career. Reportedly, her net worth is around $600 thousand.

The adorable first met through Instagram and no one would probably believe it but it was the Juno actor who first messaged Emma.

The Umbrella Academy actor immediately messaged Emma after he was impressed by her dancing in a music video by the band Sylvan Esso.

The pair dated from March 2017 to January 2018 until Elliot announced their marriage through an Instagram post on January 4, 2018. Elliot wrote, “Can’t believe I get to call this extraordinary woman my wife @emmaportner,” uploading a picture of rings adorned in their hands and another picture of themselves.

The Broadway Dance Center teacher too informed her fans about her wedding with an Inception actor. She wrote, “Ellen Page I LOVE YOU.” 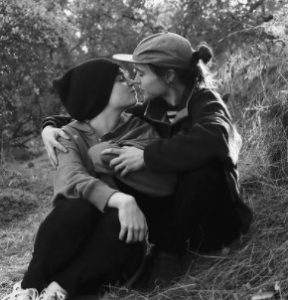 The pair announced their marriage in 2018.

The adorable duo had immense support and respect for each other. After Ellen came out as a transgender in Dec 2020, Emma asked the public to join her in appreciating Ellen for the huge announcement. She wrote— “I also ask for patience and privacy but that you join me in the fervent support of trans life every single day. Elliot’s existence is a gift in and of itself”.

Circa January 2021, Emma and Ellen announced they were getting a divorce. Via a rep, the couple said— “After much thought and careful consideration, we have made the difficult decision to divorce following our separation last summer. We have the utmost respect for each other and remain close friends.”

Emma didn’t have any kids with Ellen. Neither did they ever planned on welcoming another member in the family.