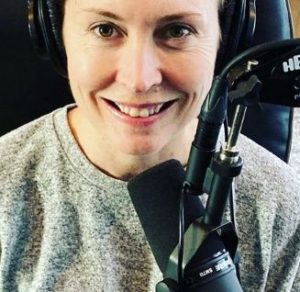 Maryann Siegel is the wife of the Massachusetts-based radio station Kiss 108’s Matt in the Morning host Matt Siegel. When Matt, who stormed off from the daily show after commenting on Demi Lovato, returned back again to the show on Thursday on 20 May 2021, he claimed it was his wife who made his return back to the show possible.

Every year, Matt Siegel wishes his wife Maryann Siegel a happy birthday on 21 November. She turned 50 years old in 2020.

Per that information, Maryann is a Sagittarius as her zodiac sign.

Maryann Siegel (maiden name Fennessy) was born to her father David Fennessy and her mother Nancy J Fennessy. Almost all of her family members passed away as of this writing. She survived her father who took his last breath a while back.

Then, her brother David R Fennessy, born in 1969, passed away in Baystate Medical Center in 2007 at the age of 38. Eagle Hill School graduate, David worked with the West Spring field Public Works Department. After his departure, he left behind Maryann, their mother Nancy, and his fiance Michele Bircault.

Then on 11 April 2017, Maryann lost her mother who was residing in Weston in her final days.

Maryann was always a stunner who turned heads at every event she attended with her husband. With a distinct beauty bone and beautiful smile, there was no way she wouldn’t capture the heart of Massachusetts radio host and her husband, Matt Seigel.

Talking about social media reach, Maryann doesn’t seem to be on any of the platforms. Even if she was, she made it extremely hard to discover her profile on all the platforms including Instagram, Facebook, and Twitter.

According to Maryan Siegel’s LinkedIn page, she attended Simmons College where she studied Bachelor’s of Arts. While there, she studied Business Administration and Management.

Maryann again joined Simmons College School of Social Work. She graduated with a Master of Social Work in 2012. Maryann was accompanied by her husband Matt Siegel at the 107th commencement ceremony of Simmons College. The ceremony was held at the Bank of America Pavilion. Boston Globe shared the picture of the two with then college’s president Helen Drinan on 19 May 2012.

As for her career, Maryann had been working at MGH Charlestown Healthcare Center. She joined the organization in 2011. There, she landed the job of Clinical Social Worker.

Only a few people know, but Maryann is also a member of a cooking club. There are a group of women who joined hands and formed the group named Saute Sip Sizzle. They also run an Instagram page where they post their creation. The platform gathered 3365 followers in total.

On top of that, Maryann and her group also run an official website for the group on the same name. Based on the about section on the website, the group was started when the quarantine began. The group is filled with individuals with zero prior experience who wanted to recapture positive experiences associated with food.

The initiative helped save money and save the energy of the homeowners. Their home was HEA No.1 of HEA No. 1000. Later in 2016, they also walked on the red carpet for Ellie Fund’s Red Carpet Gala.

In the meantime, Maryann is estimated to worth about $1 million, let alone her husband’s net worth. 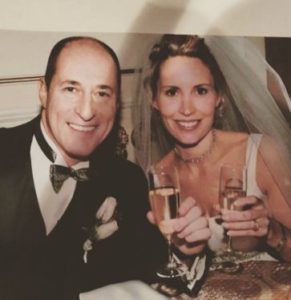 Maryann and Matt on the day of their wedding (Pic: Matt’s Instagram)

The Massachusetts-native Maryann Siegel and Matt Siegel tied the knots on 31 December 2000. Since only Matt appears to be on Instagram, so he wishes her a happy anniversary every year. On 31 December of 2020, Matt created a post on Instagram where he wrote, “Twenty years ago TODAY!!!”

However, the married couple doesn’t seem to share any kids as of this writing. Matt has four kids from his three marriages. He had his first daughter with his wife Mary Jean Keany. Mary is the owner and interior designer who runs the company Anamika Design. She attended the University of Sienna and did advanced training at the Boston School of Architecture.

Wheres, their daughter Alexandra Siegel is working as an actress for Bleecker Street Entertainment. She is best known for appearing in How I Met Your Mother (2014) as Shelly and the 2021 TV show Bosch where she portrays the character, Alessandra Dowd.

Then, he again welcomed his twin daughters, Lily and Chloe, with his first wife. Lilly is in a relationship and is a supporter of the Black Lives Matter movement. She also runs a podcast titled Womanhood & Wine. Whereas, Chloe Siegel attended The Los Angeles Film School and interned at The Academy (Oscar Community) since June of 2019.

After Matt’s divorce from his first wife, he remarried again. He had his second daughter Olivia Siegel from his second marriage. According to her IG, she makes soft candles and is a graduate of Chapman University. Again the marriage ended.